The Importance of Being Ernst

By Alexandria Paolozzi | Blog, News and Events | No Comments

Republican Senate candidate Joni Ernst taught Sen. Tom Harkin what true class looks like after he said, “I don’t care if she’s as good looking as Taylor Swift or as nice as Mr. Rogers, but if she votes like Michele Bachmann, she’s wrong for the state of Iowa.” Ernst replied by stating she was going to “shake it off,” answering the senator’s comments by playing off the title of Taylor Swift’s latest hit.

Ernst said she was offended by the comments, and what woman wouldn’t be? She is more than just “good looking.” If Ernst was a man, Sen. Harkin would have never used such a superficial comment. He must certainly be grasping for straws if he reached so low as to sexualize his opponent to get ahead. Not only is Ernst a wife, mother, and grandmother, but she is also a combat veteran. During her time in the military, Ernst dealt with men valuing her looks over her intellect. Thoughout her campaign, Ernst has been open about how, like many women in the military, she was sexually harassed. The fact that Sen. Harkin choose to comment on Ernst’s looks, having had her testimony on her trials in the military, is even more appalling.

Talk about a “war on women.”

By Alexandria Paolozzi | News and Events, Support for Israel | No Comments 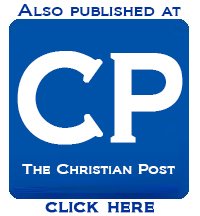 With only two weeks left before the Senate goes out of session for the month of October, Majority Leader Harry Reid (D-Nevada) has decided to waste time – time that could be spent working on funding our government. Instead, Reid chose to focus the bulk of the week highlighting a measure that would restrict the First Amendment to the Constitution.

This theoretical approach is just that, wasting time to put on a show in hopes of sending a message to the American people on the 2010 Citizens United decision – a decision in which the Supreme Court ruled that political spending is a form of protected speech under the First Amendment, and the government cannot keep corporations from spending money in elections.

So, with little likelihood of passing, Leader Reid continues his vendetta against campaign spending at the expense of productivity.

The Senate is also rehashing the Paycheck Fairness bill that the chamber voted down in April.

The United States Senate is out of session and will return for votes on September 8.

The Senate was busy this week closing out legislative items before leaving for the August recess.

Israel Resolution: On Tuesday, the Senate passed a resolution supporting Israel’s right to defend itself against the terrorist group Hamas. It also condemned the United Nations Human Rights Council resolution that called for an investigation into potential human rights violations by Israel.

This resolution was passed through by Unanimous Consent.

Iron Dome Funding: On Friday, the Senate approved an emergency measure to fund Israel’s Iron Dome defense system. The additional $225 million will assist Israel in defending itself and its people against the missile attacks launched by the terrorist group Hamas.

Israel’s objective since the start of this conflict has been to restore peace and security for the people of Israel. CWALAC is pleased that the United States Senate has helped get supportive legislation through during Israel’s time of need.

Sens. Barbara Boxer (D-California) and Roy Blunt (R-Missouri) reintroduced this bill on July 28 with 80 cosponsors. The legislation, if passed, would declare that Israel is a “major strategic partner” of the United States.

Action: Please call your senators at 202-224-3121 and urge them to support this legislation. If your senator is already a cosponsor (click here to see), please thank them for their support.

Convention on the Rights of Persons with Disabilities (CRPD): On Tuesday, the Senate Foreign Relations Committee passed this treaty by a vote of 12-6.

It is likely that the Senate will bring this United Nations treaty to the floor for a vote in September.

To read CWALAC’s letter on the CRPD, click here.

Action: Please call your senators at 202-224-3121 and ask them to vote against ratification of the CRPD if it comes to the Senate floor.

Nomination of Pamela Harris: On Monday, the chamber confirmed, by a vote of 50-43, Pamela Harris to the United States Court of Appeals for the Fourth Circuit. This is a nominee who CWALAC opposed due to her extreme liberal ideologies on life and partial-birth abortion.

To read CWALAC’s letter that was sent to the Senate, click here.

Anti-Religious Liberty Vote: This week, Senate Democrats tried to pass an anti-religious liberty bill that would restrict American’s First Amendment rights like never before. 60-votes were needed in a crucial procedural vote. If passed, S.2578 would have trumped the Supreme Court’s Hobby Lobby ruling. Members stopped this by a vote of 56-43.

CWALAC sent a letter to the Senate urging them not to pass this extreme measure. To read CWALAC letter, click here.

To read the letter CWALAC sent to the Senate, click here.

Israel Resolution: Thursday night, the Senate passed, by unanimous consent, S.Res.498. This resolution supported Israel’s right to defend itself against current rocket attacks by the terrorist group, Hamas. It also called for President Abbas to break his recent unification with the terrorist group.

The Senate was in session this week after being out for Independence Day. With a full agenda, the chamber has only 16 working days left till the August recess. END_OF_DOCUMENT_TOKEN_TO_BE_REPLACED

By Alexandria Paolozzi | Uncategorized | No Comments

Anti-Religious Liberty Vote: This week, Senate Democrats tried to pass an anti-religious liberty bill that would restrict American’s First Amendment rights like never before. 60-votes were needed in a crucial procedural vote. If passed, S.2578 would have trumped the Supreme Court’s Hobby Lobby ruling. Members stopped this by a vote of 56-43.

CWALAC sent a letter to the Senate urging them not to pass this extreme measure. To read CWALAC letter, click here.

To read the letter CWALAC sent to the Senate, click here.

Israel Resolution: Thursday night, the Senate passed, by unanimous consent, S.Res.498. This resolution supported Israel’s right to defend itself against current rocket attacks by the terrorist group, Hamas. It also called for President Abbas to break his recent unification with the terrorist group.

Concerned Women for America Legislative Action Committee (CWALAC) wishes to express our opposition to S. 2578, the Protect Women’s Health From Corporate Interference Act. This bill would reduce religious freedom for Americans – a treacherous act that has not ever been done before – placing so-called access to birth control above citizens deeply-held beliefs. END_OF_DOCUMENT_TOKEN_TO_BE_REPLACED

An alarm goes off on a cell phone in the middle of the night; it was sent from an app, “Red Alert,” warning of incoming rocket fire. This is currently a reality for our friends in Israel where more than 200 rockets have recently rained down. END_OF_DOCUMENT_TOKEN_TO_BE_REPLACED 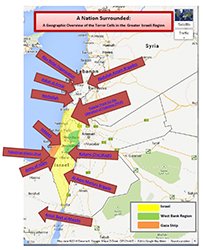 We’ve all heard Israel described as a small nation surrounded by Arab nations, but have you ever wondered where all the terrorist organizations are located? Click here for a rather disturbing chart.

The Senate was out of session this week and will return on June 2.

Human Rights Abuse: This week, Sens. Roy Blunt (R-Missouri) and Kelly Ayotte (R-New Hampshire) worked to help save a woman in Sudan who has been sentenced to death for refusing to recant her Christian faith. END_OF_DOCUMENT_TOKEN_TO_BE_REPLACED

Concerned Women for America Legislative Action Committee (CWALAC) and its more than half a million members around the country respectfully ask that you oppose the nomination of David J. Barron to the United States Court of Appeals for the First Circuit. To read more, click here.

#BringBackOurGirls: This week the Subcommittee on African Affairs of the Senate Foreign Relations Committee held a hearing on the Boko Haram threat. Officials from the Pentagon testified on their current U.S. efforts to provide aid to the Nigerian military.

Reid’s Personal Vendetta: For months, Majority Leader Harry Reid (D-Nevada) has been calling out Charles and David Koch, generally referred to as “the Koch brothers,” on the Senate floor. This week, he took his personal vendetta to the extreme. Reid voiced support for a constitutional amendment that would restrict the First Amendment.

In doing so, he sought to overturn the U.S. Supreme Court decision in Citizens United, which affirmed what many already assume to be part of their First Amendment rights — the right to engage in independent political speech and to give money to the candidates of your choice.

Early Education Bill in Committee: This week, the Senate Health, Education, Labor, and Pension Committee marked up a bill that would create additional federal control over education, S.1697.

The bill specially looks at early education, creating additional grant programs to expand the already far-reaching control of the federal government. Ranking Member Lamar Alexander (R- Tennessee) sought to offer a substitute amendment that would give states the option of using the funds as they see fit, instead of how the federal government instructs them to use it.

Senate Legislative Update for May 9, 2014

Tuesday, each female member of the Senate signed on to a letter to President Obama calling for the Administration to address the issue of 276 girls who were abducted in Nigeria.

Who would be so brazen as to admit to the world that his terrorist group abducted more than 200 Nigerian girls from their school in the middle of the night?

Boko Haram admitted earlier this week that it kidnapped the girls from their school in Chibok on April 14. That bold move has caught the attention of the world.  Yesterday, every female member of the Senate (see the list below) signed a letter to President Obama calling on him to take action by implementing sanctions against the terrorist group. The women also called on the United Nations to classify Boko Haram as a terrorist organization, just as our State Department did in 2013.

Late yesterday afternoon, President Obama stated he is sending a team of experts to Nigeria to help in the search for the girls.  Boko Haram is fueled by an anti-Christian, anti-western agenda aimed at doing away with Christians in Nigeria in order to produce a “pure” Islamic state.

Below is a list of signatories on the letter to President Obama. To read more from CWA on this issue, click here.

Senate Legislative Update for May 2, 2014

As a result of the “nuclear option” that Leader Harry Reid (D-Nevada) implemented last year, the Senate continues to hastily push through judicial nominations.

Monday, the Senate approved the nomination of Michelle T. Friedland for the Ninth Circuit Court of Appeals. Despite the almost impossible battle of stopping this nomination (because of the “nuclear option” leaving Democrats with the ability to pass through judicial nominees with no bi-partisan support), Concerned Women for America Legislative Action Committee (CWALAC ) could not be silent on this nominee’s record.

Miss Friedland’s record raises serious questions about her judicial philosophy, especially when it comes to the proper role of a judge. With the types of cases coming before the courts today, it is important to make sure each judge upholds current law and does not rule based on personal philosophy.

To read CWALAC’s letter that was sent to the Hill, click here.