By Alexandria PaolozziJuly 9, 2014Blog, News and Events, Support for Israel

An alarm goes off on a cell phone in the middle of the night; it was sent from an app, “Red Alert,” warning of incoming rocket fire. This is currently a reality for our friends in Israel where more than 200 rockets have recently rained down.

It’s just another way that Israel has engaged in protecting its citizens in light of increased attacks from the terrorist group Hamas. Now more than ever the United States must continue to stand with its ally.

Join Concerned Women for America (CWA) in downloading the app “Red Alert” to stay up-to-date on the attacks against Israel. As rockets fly, CWA will be praying for the safety of Israel and her people.

How America can send a strong message: 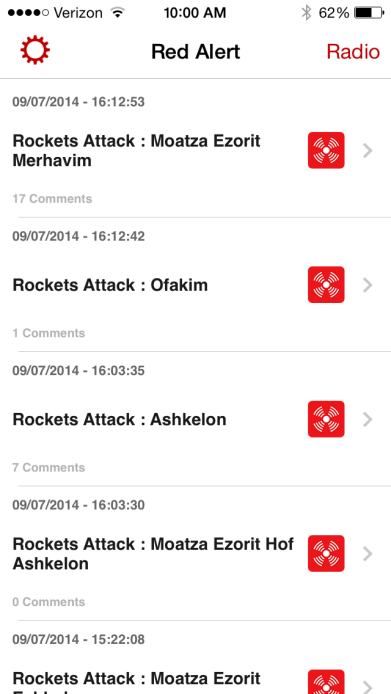 Picture of rocket attacks via the app “Red Alert”