The Explosive Nature of Abiding 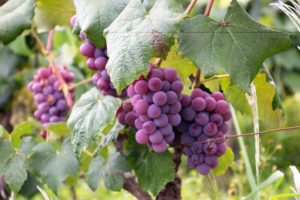 Sometimes we misinterpret Jesus’ familiar call for us to abide in Him found in the 15th chapter of the Gospel according to John. Abiding seems like a tranquil, passive, resting sort of call. And it is, in some respects. Jesus repeatedly calls us to this rest, “Come to me, all who labor and are heavy laden, and I will give you rest” (Matthew 11:28). We expect this rest though, in all the wrong places — at work, at home, with friends, in the world, basically. That’s where we get it plainly wrong, and it is the source of much of our frustrations.

The rest is in Christ. It is in abiding in Him.

Abiding in Him, however, will have precisely the opposite effect in the world, because the world will hate it. The world will use every means necessary to yank your branch from the vine as quickly and painfully as possible. “How dare you abide!” it says.

Part of the reason is that Jesus called Himself “the true vine” (John 15:1). If the grapevine produces grapes, what shall the “true vine” produce? Exactly. Jesus explained this to His brothers as they pressed Him to go to Judea and “show [him]self to the world” (John 7:4). Jesus replies, in part, that the world, “hates me because I testify about it that its works are evil” (John 7:7).

Truth has that type of explosive effect on the world. The darkness hates (absolutely despises) the light. This was, of course, demonstrated by Jesus’ life.  He said, “And this is the judgment: the light has come into the world, and people loved the darkness rather than the light because their works were evil. For everyone who does wicked things hates the light and does not come to the light, lest his works should be exposed.But whoever does what is true comes to the light, so that it may be clearly seen that his works have been carried out in God,” (John 3:19-21).

So there is definitely a cost, in human terms, to abiding in Christ. In many parts of the world, it can cost you your freedom or your very life. But the hostility is ready to burst even here in the United States where liberal forces continue to press Christians because of their faith and belief in Scripture’s teachings.

Sen. Bernie Sanders (D-Vermont) recently attacked Russell Vought, President Trump’s nominees to be the deputy director of the Office of Management and Budget, because he shared the Gospel at his Christian college, calling all Muslims to believe in Christ in order to be saved. The Gospel is Islamophobic according to Sen. Sanders. In Sen. Sanders’ judgement, Mr. Vought’s hateful beliefs (the Gospel of Jesus Christ!) disqualify him from public service.

Seventh Circuit nominee Judge Amy Barrett was also attacked by several senators, including Sen. Diane Feinstein (D-California) and former Sen. Al Franken (D-Minnesota), among others, because of her faith. Barrett, a Catholic, believes all people (including those in the womb) are created in the image of God and deserve our love and respect. This is heresy for the radical left. You must support the killing of the unborn, or you will pay a price. The baby in the womb’s intrinsic value is a truth that the darkness will not tolerate. You should not be allowed to earn a living.

Sen. Cory Booker (D-New Jersey), considered by many a potential presidential candidate for the Democrat Party, most recently went after President Trump’s nominee for Secretary of State, Mike Pompeo. He was enraged by Pompeo’s comments about marriage and sexuality. Again, if you abide in Christ and believe His words about sexual relations, you will be hated. You will be attacked. You will not be welcomed by the darkness.

We could keep going.  District court nominee Wendy Vitter also endured this discrimination because of her religious views recently. These are not isolated incidents, but a troubling pattern of discrimination that should be opposed by all.

We must not be deterred. This light, this truth that is so uncomfortable to the world is the fruit of abiding.  And this is what we must do. Two glorious truths are exposed as a result of our endurance.  Jesus tells us in verse 8: “By this my Father is glorified, that you bear much fruit and so prove to be my disciples.” So first, God is glorified; and second, this is how we know we are His. Nothing is more precious than those two things.

Let us be encouraged through it all, then. Let us love and endure in obedience, spreading this truth and light, bearing the fruits of love, in all humility and grace, to the glory of God, until His return. Amen.