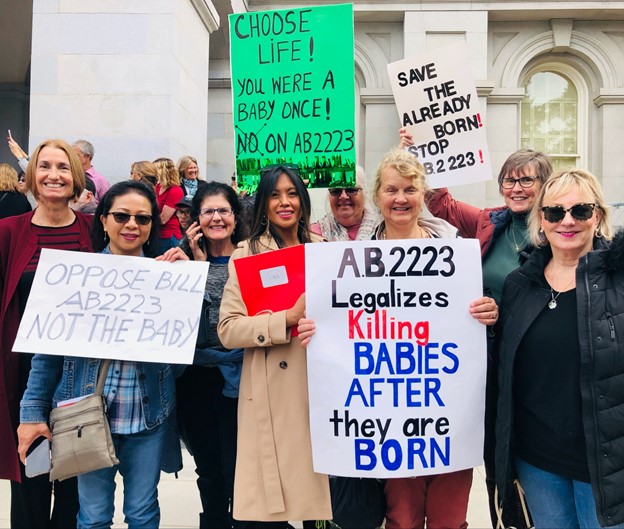 Last week, I was proud to join with many of our Concerned Women for America (CWA) of California Prayer Action Chapter Leaders and members to oppose the egregious pro-abortion bill, AB 2223. We prayed for the California Legislature, lobbied the Assembly Health Committee, and met with our own district assembly members. The heartfelt civic engagement at the California State Capitol was powerful.

Concerned Women for America Legislative Action Committee (CWALAC) strongly opposes AB 2223. Under the guise of “reproductive health,” this bill decriminalizes killing babies in or out of the womb based on the “perinatal” language. The bill harms children in the womb, threatens those born alive, and will have a chilling effect on the investigation of infant deaths.

ACT TODAY!
Please contact your State Assembly Member through our Action Center HERE and urge them to defend life and oppose AB 2223. Now is the time to act and make a difference!

Would you make three phone calls and say thank you?

Just three out of 15 assembly members on the Assembly Health Committee voted against AB 2223. Would you call their offices and thank them for representing our values and defending the sanctity of life?

God bless you for your faithfulness in prayer and action!