Time to Tear Down America’s Idol 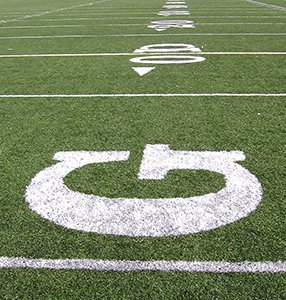 Yes, I am going there. This will not make me popular. But it must be said.

It’s time for all decent Americans to stop worshipping at the altar of football (and sports in general, for that matter).

You don’t need any of it. And as long as the NCAA, the NBA, the NFL and other organizations like them decide to attack honorable people, painting them as bigots, you should not spend another dime supporting them.

The nonsensical attacks by these organizations on states that want to respect the privacy and safety of young women by keeping men out of their bathrooms, locker rooms, and showers is just the latest example of how we have given way too much power to these organizations.

The NCAA, one of the most exploitative sports organizations in history, announced it will pull seven championship games from North Carolina venues. They are continuing the shakedown of the noble people of the Tar Heel State after the NBA pulled next year’s all-star game from Charlotte to placate radical homosexual activists. The Atlantic Coast Conference (ACC) has apparently decided to get in on the action, also.

They do this, not because they care about these issues (they don’t even know what the law actually says). They do it because they believe it to be a good public relations move that will not affect them financially. And they are right, as long as you and I continue to support them in spite of their irrational, arbitrary attacks on good moral values.

For the NFL, Colin Kaepernick and other doofuses disrespecting the national anthem is “A-OK.” Other players honoring September 11 victims? Now, that must be stopped.

Most people recognize this is absurd, but yet will continue to spend hundreds and even thousands of dollars a year supporting the NFL.

Side note: You want to protest something? Have you taken a look at NFL ticket prices lately? In order to pay $14 million a year to a backup quarterback like Kaepernick so that he can call us racists, the NFL extorts you and me of an outrageous amount of money, not only by charging more than a hundred dollars for a ticket, but by charging those insane prizes for drinks and food.

The NFL has made it almost impossible for a family like mine (of six) to go to a game. I can almost take a vacation to the Caribbean with the money they want me to spend.

And not only that. Have you been to a game lately? The toxic atmosphere they have created with this mix of alcohol and idol worship is nothing about which to be proud. The last game I attended, between the Washington Redskins and the Philadelphia Eagles, featured an array of cursing, sexual references, and kerfuffles that reminded me I needed to wait some years before I could bring my oldest son to his first game.

Games look better in HD anyway. And, if we want to send a message about their bullying of good, decent American values, there is only one thing they’ll care about: money.

Let the people of Seattle or San Francisco stay home for even just one game and see how much the teams care about social justice.

Let them see their money and power soften just a bit, and the NCAA, NBA, and NFL will stop caring about forcing girls to shower with boys.

But they know that won’t happen. We have given them too much power. They know we will continue to support their exploitation of us. Where else will we go on Sundays? Church? No, our god is not there. It’s at the stadium.

All in the name of football. Or basketball. Or whatever sport or team is our true idol.

We can all expect it to get much worse until we decide to finally tear down these idols.

This column was first featured on TheBlaze.

Mario’s book, “Be Spent: Winning the Fight for Freedom’s Survival” is available now!