Could Debate Over Louisiana Abortion Law have Implications for Kentucky? 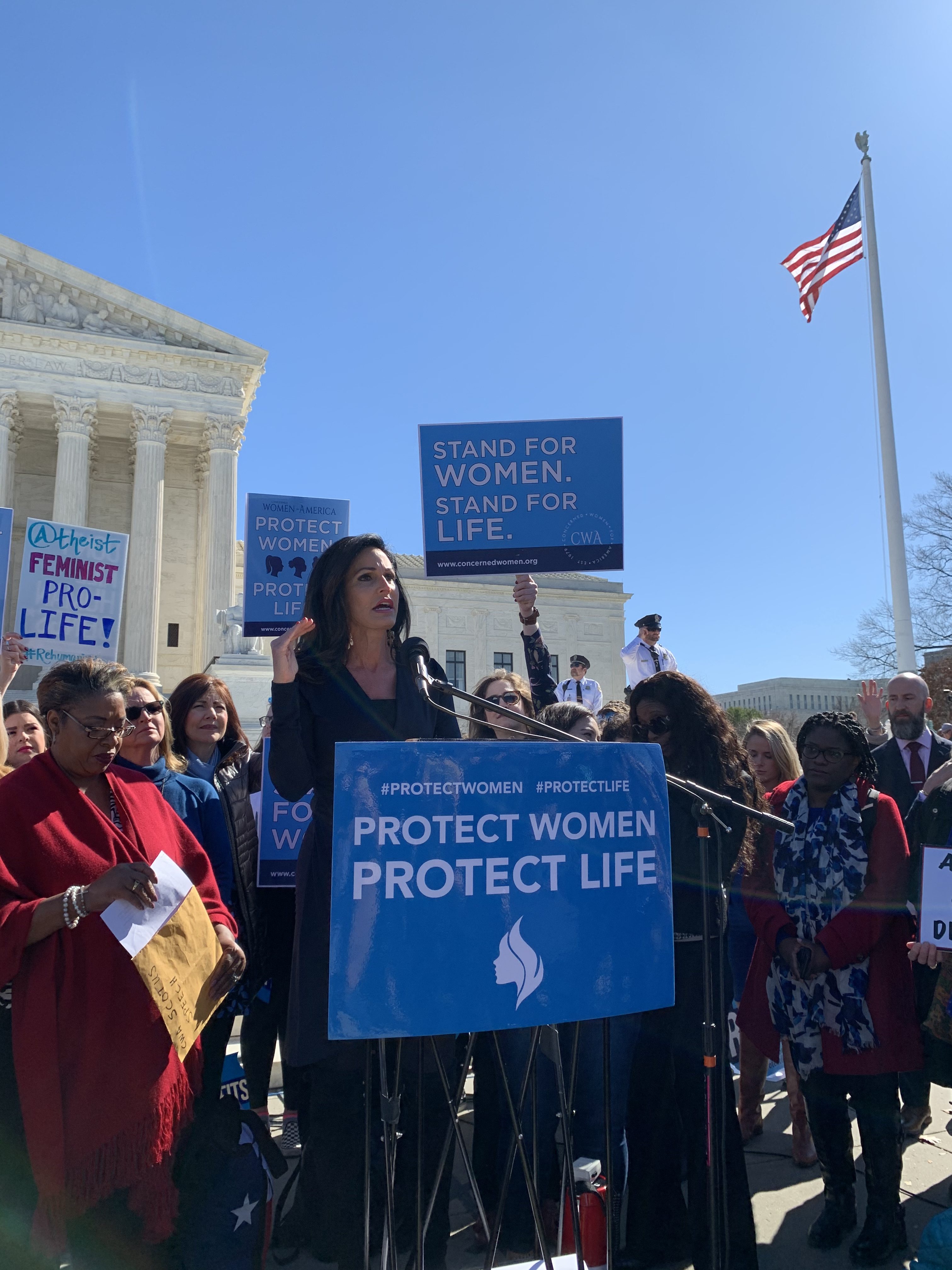 The following news story aired this week on Spectrum 1 Newschannels. Click link to watch the television broadcast or read the story below.

“Concerned Women for America President Penny Nance says it is her rural Kentucky roots that fueled her passion for the anti-abortion movement.

“I grew up the daughter of a pastor in Eastern Kentucky in Appalachia. My dad served for about 20 years in Paintsville. As a woman of faith, I learned my bible in Eastern Kentucky. We know that God knit us together in our mothers’ wombs,” said Nance.

Nance stood outside of the Supreme Court Wednesday as justices heard arguments on a Louisiana abortion law that would require doctors who perform abortions to hold admitting privileges at a hospital within 30 miles of an abortion clinic. A similar Texas law was struck down by the high court in 2016, when the court decided the issue of admitting privileges was an undue burden on women.

Now the court is more conservative with President Trump’s appointments of Neil Gorsuch and Brett Kavanaugh.

“If it is going to follow its own precedent and if it’s going to follow things like the rule of law, we should not have a different result. The change in the Supreme Court should not change the decisions and certainly not so fast,” said Fatima Goss Graves, President of the National Women’s Law Center.

“We know that abortion is one of the safest operations in the country. Admitting privileges are not necessary but even so, we find that the hospitals are denying the clinics and the doctors admitting privileges because they are afraid of the violence. They are being bullied and terrorized and this is closing clinics down for us,” said Toni Van Pelt, President of the National Organization for Women.

There was perhaps no greater illustration of how culturally divisive abortion is than the two competing rallies happening simultaneously on the steps of the court with both sides convinced their argument will prevail.

“Decades of precedent don’t stand for much when the Supreme Court gets it absolutely wrong,” said Johnathan Alexandre, Senior Counsel for Liberty Counsel.

A decision should come by late June.

Several states including Kentucky have passed laws being challenged in federal courts that would ban abortions after a fetal heartbeat is detected.

The decision in the Louisiana case could have consequences for the Kentucky case.

According to data from the Pew Research Center, just 36% of Kentuckians believe abortion should be legal in all or most cases.”