Trump, Senate Laying a Strong Foundation for the Third Branch 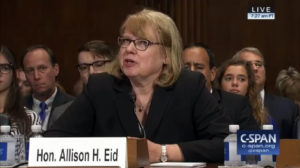 Although you may be frustrated with the U.S. Senate’s work in other areas, on judicial nominations they are working hard and achieving much progress under the leadership of Majority Leader Mitch McConnell (R-Kentucky) and Judiciary Chairman Chuck Grassley (R-Iowa).

Five judicial nominees in four days last week is no small feat, given that Democrats are doing anything and everything they can to obstruct nominees, no matter their record.

I wrote to you about the shameful anti-Christian attacks on Judge Amy Barrett who was nominated to the Seventh Circuit.  But they have tried to obstruct all nominees, for whatever reason and no reason. Their strategy is to just stall.

In the past, when non-controversial nominees (which is the majority of them) came before the Senate, it was an amicable process that went fairly quickly.  But Democrats, having destroyed the judicial filibuster under Harry Reid so that they can’t stop nominees from being confirmed, are using every procedural hurdle they can in order to stall even nominees they support.

Democrats are forcing cloture votes, which require 30 additional hours, for nominees they strongly support. They even required it for an Obama nominee. Scott Palk was first nominated by President Barack Obama and re-nominated by President Trump to the Western District of Oklahoma. He was ultimately confirmed with overwhelming support, but only after these unnecessary procedural hurdles where cleared. Democrats have required cloture vote for all 13 judicial nominees confirmed so far this year.

In a recent op-ed, Sen. Orrin Hatch (R-Utah) gave a sense of the unprecedented nature of the obstruction:

At this point in President Barack Obama’s first year, when Republicans were in the minority, the Senate took cloture votes on fewer than 1 percent of the executive and judicial branch nominees we confirmed. This year, with Democrats in the minority playing confirmation spoiler, the Senate has been forced to take cloture votes on more than 27 percent of the nominees we confirmed. In fact, including those we will take this week, Democrats have forced us to take 51 cloture votes on President Trump’s nominees so far this year. That is seven times as many as during the combined first years of all nine presidents since the cloture rule has applied to nominations.

Even though he included the numbers for all nominees, not just judges, you can see what the majority is facing when trying to move on President Trump’s nominees.  So, it is to their great credit that they have not backed down, instead pushing through with increasing resolve, leading to that admirable effort last week in confirming Amy Barrett, as we mentioned, alongside Joan Larsen to the Sixth Circuit, Allison Eid to the Tenth, and Stephanos Bibas to the Third.

These are all well-qualified nominees who will lay a strong foundation for our judiciary for many years to come.  And many more still await Senate action (49 to be exact), among them: Kyle Duncan, Don Willet, and David Stras — all solid constitutionalists who understand their role as judges.

They are also desperately needed. The number of vacancies under President Trump continues to climb and stands now at 145 (compared to 108 when he started).

Concerned Women for America (CWA) has been working tirelessly with the White House and the Senate to obtain the positive results we have so far, and we will continue to push for even more progress in this area.

We have an incredible opportunity for positive change in an area that has been, unfortunately, dominated for decades by a liberal ideology that has been disastrous to our nation.  Many of the divisions we so lament today are not the creation of the political divide, as we are prone to believe, but of judicial malpractice — the imposition of personal preference under the guise of constitutional requirement.

CWA is committed to changing that, and we are pleased to see the exceptional leadership of the president and Senate leadership in this area.  Let us continue to lift them up in prayer and stay engaged in the process.  There is much work ahead.