Time for Boy Scout Nostalgia to Die (Along with the Organization) 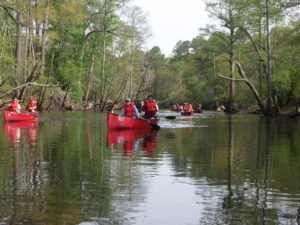 I was a Boy Scout. This was an organization that helped me be more confident in my manhood by focusing on the values that make men honorable and productive citizens.  One of the main features of the program was that the sort of tension and role-play pressures that come along with trying to impress girls was completely removed. Every other group I participated in included those, so this made the Boy Scouts of America a special place.

My story is not uncommon.  The “I was a Boy Scout” line is heard often here in the nation’s capital and around the country.  It is why the Boy Scouts of America has been able to endure as an organization until now, despite its colossal mismanagement for decades. This “Boy Scout nostalgia” is real and not unmerited, but it is time we acknowledge we are no longer referring to the same group.

The Boy Scouts of America as an organization is dead. It has been for a while now, even though they are now finally making it official with the recent announcement that they are dropping the word “boy” from their name. And, now that the name is changed, it is time to let go.

Every move the organization makes leaves a stench that is hard to avoid. Even the inclusion of girls a while back and the dropping of the name smell offensive from every angle.  Forget about the fact that they are losing the very essence of the Boy Scouts and affirming everything that is wrong with the immoral sexual compass of the day.  The worst part is that nothing is done as the result of the strong convictions that defined the organization from the beginning.

It seems they are simply trying to survive by stealing the recruits from the Girls Scouts, American Heritage Girls, and other girl scouting groups.

Never forget that the Boy Scouts of America was plagued with sexual abuse claims that required them to pay millions of dollars to victims. They are still trying to stem the tide of that debacle. The Washington Post reports the Boy Scouts have hired lobbyists to prevent more lawsuits.

After going through this ordeal, you would think the last thing the Boy Scouts of America needs is to expand the pool of potential victims by introducing girls into their troops.  But the fact is they need more money while facing these lawsuits at a time when the membership is in stark decline.

News that the Mormon Church will sever ties with the program will only accelerate its decline.  This is not something the church or the parents wanted to do. I have experienced it with many friends and with my own kids.  Boy Scout nostalgia is very strong.  But slowly, many are realizing that the best thing for their kids is to join an organization like Trail Life USA, which operates from strong conviction, is dedicated completely to its members, and is free from the horrid baggage that has the Boy Scouts of America (or Scouts BSA as they’d like to be known now) stuck in the mud of political correctness and scandal.

At a time when they should be focused even more on protecting and serving the boys they are developing, the Scouts BSA or whatever they call themselves, are abandoning that focused task and extending themselves beyond what they already had shown they could not properly do.

They should take a look at how dedicated the American Heritage Girls leadership is to their members.  Here is what Executive Director Patti Garibay said in response to the Boy Scouts news:

American Heritage Girls equips girls with a space made specifically for them with their physical, mental, social, spiritual, and emotional needs in mind. Studies show girls lose confidence in themselves 3.5 times faster than boys their age in the time between elementary and high school. By participating in programs created around their specific needs in a space where they are the sole focus, girls are able to grow in confidence and thrive in a healthy and sustainable way. Why would we take this opportunity away from our girls by lumping them into a boy-focused experience? For convenience? Our girls deserve more.

That’s the sort of focused dedication our children need, both male and female. It is why we need to let go of our nostalgia and recognize our Boy Scouts organization no longer exists.