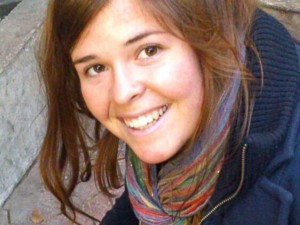 There is a reason people call election time, “the silly season.”  It seems this year to have come early.   Over the top rants are getting a yawn but obvious opposition research gets treated as real.  The recent attack on Carly Fiorina I put in the latter category.   It seems that some of my friends who I respect are misinterpreting a speech she gave a few weeks after 9/11 about leadership.  The last portion of that speech recounts some history of accomplishments of the ancient Ottoman Empire as examples of leadership.  This has been grossly miscast by some people as her somehow being supportive of radical Islam or terrorism.

This is complete nonsense.   I think we should all agree this elongated “silly season” to carefully consider the entire record of the candidate we are discussing before we make a harsh pronouncement on their motives.  There are plenty of people who blatantly and emphatically deny the threat of Sharia law and radical Islam without us looking for boogey men or women who don’t exist.

We have too much at stake to play this game.

This past week’s revelations regarding the rape and torture of twenty six year-old American citizen and  aid worker Kayla Mueller and her probable murder at the hands of ISIS leader Abu Bakra Al Baghdadi should be a wake-up call to the American people.  I haven’t the words to express my disgust at this report.  Yes, I have written extensively and been broken-hearted at the vile treatment of the young Yazidi women.  The revelations on the treatment of Kayla, however, took me to a new level of outrage.  She was a U.S. citizen and innocent humanitarian worker.  Her rape, torture and murder were a direct attack on the United States.  Nothing less.

We must demand justice for her death.  And I am just going to say it.  I want Al Baghdadi dead and in hell where he belongs.  Too tough?  Well, too bad.  Radical Islam must be stopped.  They are the new Evil Empire.

We must also concentrate our rightly felt fury in the proper direction, and that is this feckless Administration who refuses to even call this particular evil by its proper name:  Radical Islamic Terrorism.  I’ve had it!  The Presidential candidate that gets my support will be the one who convinces me that these evil men (and apparently some women) will pay a price.  If Al Baghdadi isn’t already dead via our air strikes, we should finish the job and his cohorts in crime along with him. That level of evil should not be tolerated. I want to see the plan that does that.  Measured words have their place but the treatment of Kayla Mueller deserves our outrage and from me she has it!