Should We Embrace a Libertarian Conservatism? 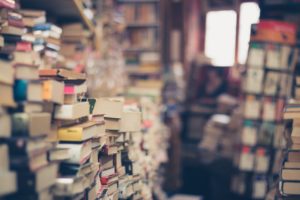 The degree to which government should be involved in moral choices has been a topic of debate through history. Though conservatives advocate for small government, they distinguish themselves from libertarians (broadly speaking) in the realization that government is involved in moral choices, whether it wants to be or not, because moral issues are part of human nature. Even choosing not to intervene in a particular area is a moral choice with great societal implications.

Given this fact, instead of stepping back from the “controversial” topics of our day, as some suggest, conservatives should vigorously engage in those conversations at every level, debating and persuading others (and, therefore, government) to serve the public in positive ways.

Conservatives generally distrust government, not because it is this big, bad “thing” that is completely separate from “We the People.” Our distrust of government is because government is “We the People.”  And people, we know from personal experience (because we know ourselves), are ultimately not trustworthy. “The heart is deceitful above all things, and desperately sick,” wrote the prophet Jeremiah long ago. James Madison also noticed it, writing in Federalist No. 51, “If men were angels, no government would be necessary.”

This is why conservatives need to reject the modern push for libertarianism on moral issues. It is troubling to hear great thinkers like Ben Shapiro, for example, seemingly advocate for acceptance of the LGBTQ agenda and drug legalization as part of a new, libertarian “live-and-let-live” approach to entice young conservatives to join the freedom movement. “Young conservatives may not care about same-sex marriage, but they’re deeply pro-life and pro-gun,” he wrote for the Weekly Standard.

All this means is that young conservatives are wrong about some issues and right about others. Reality exposes this sort of self-serving libertarianism.  When Shapiro turns to talk about President Donald Trump’s behavior, young conservatives all of a sudden are not so libertarian about the president’s personal morality. And they shouldn’t be.

“But the libertarians are with us on fiscal and economic issues,” we are told.  Well, not really.  The survival or not of the family unit (including marriage) has enormous economic implications. Without strong families, no society can resist the further moral breakdown that liberals use to justify an ever-encroaching state.  You want small government? Stop undermining the family.

The pressure on young people in a libertine culture to abandon sexual morality is immense.  They will most certainly experience enormous personal temptation.  However, even here there is moral truth — right and wrong — regardless of personal, physical, or emotional struggles and/or desires.  One of the great lies of the Left is defining people by their inclinations and temptations instead of as moral beings created in the image of God.

The conservative approach to the human internal struggle is not to “accept who you are,” and “live and let live.”  That “Feels-so-good-it-can’t-be-wrong” attitude of the 60’s brought too much pain for us to ignore it. It is a false, bankrupt, liberal concept that leads to destruction and death.

Notice the fight itself is virtuous, not victory. We all fail, and that’s the point. That is where love and grace in spite of our failures come in. It’s where humility comes in. Still, we should aspire to a virtuous life.

We’ve mostly lost that word “virtue” today, though it is essential for freedom. Young conservatives must come to the realization that freedom comes from a great deal of personal restraint and from fighting against the evil desires within us. Government should support and not hinder that. And yes, that means a great deal of societal pressure on your “private conduct.”

The way to freedom is through the pathway of truth.  Liberalism has and will fail because it ignores truth. To embrace a similar approach for convenience’s sake will serve conservatives no better. The next generation of conservatives must grapple with that reality.  The relationship between freedom and truth is non-negotiable. To embrace one is to embrace the other and vice versa.