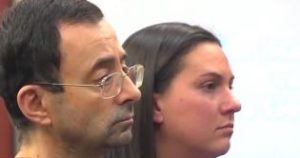 The pornography cancer that continues to consume our nation reared its ugly head again as the sentencing hearing of Larry Nassar concluded this week. The former USA Gymnastics doctor was sentenced to up to 175 years in prison by Judge Rosemarie Aquilina, who told him, “I’ve just signed your death warrant.”

Nassar abused more than 150 girls over the past two decades. He got less than what he deserves.

But those getting acquainted with the case now might miss that, just like virtually every other predator in the history of sexual assault, Nassar fed, groomed, and rotted his brain on pornography before and after abusing girls for years.

It was pornography that did him in…

Read the rest of this op-ed as featured exclusively on CNSNews.com.