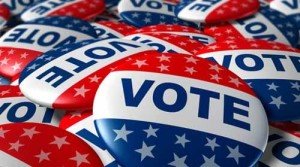 Not having defined what exactly the law means by “political,” the interpretation and application were left to various election judges at the polls. But Chief Justice John Roberts, writing for the majority, rightly pointed out that these judges, “must be guided by objective, workable standards.” “Without them,” he said, “an election judge’s own politics may shape his views on what counts as ‘political.’”

His point was clearly illustrated at oral arguments when the state’s attorney’s arbitrary determinations were put to the test.  As the Chief Justice recounts:

A shirt declaring “All Lives Matter,” we are told, could be “perceived” as political. How about a shirt bearing the name of the National Rifle Association? Definitely out. That said, a shirt displaying a rainbow flag could be worn “unless there was an issue on the ballot” that “related somehow … to gay rights.” A shirt simply displaying the text of the Second Amendment? Prohibited. But a shirt with the text of the First Amendment? “It would be allowed.” (Citations omitted)

In this specific case, the state banned buttons that read “Please I.D. Me,” even though the voter I.D. issue was not on the ballot. The state relied only on the fact that some candidates apparently had addressed the issue at some point.  To grant such broad latitude on the state’s ability to infringe on our First Amendment rights should be troubling to anyone, regardless of political philosophy.

Chief Justice Roberts asked keenly, “Would a ‘Support Our Troops’ shirt be banned, if one of the candidates or parties had expressed a view on military funding or aid for veterans? What about a ‘#MeToo’ shirt, referencing the movement to increase awareness of sexual harassment and assault?”

He concluded, “A rule whose fair enforcement requires an election judge to maintain a mental index of the platforms and positions of every candidate and party on the ballot is not reasonable.”

And reasonableness was the fundamental question for the Court as it considered the law’s constitutionality. Supreme Court precedent had already determined that polling places are non-public forums for First Amendment considerations. The Court has recognized that historically (See Burson v. Freeman, 504 U.S. 191 (1992)), states have a considerable, even a compelling interest, in keeping voters in polling places safe and free from harassment as they undertake the solemn civic duty of casting their individual, private votes. The government, therefore, has much more flexibility in limiting speech in such specific areas.

Most states, in fact, have laws that prohibit electioneering within certain limits of voting places.  The Court has upheld them in the past. But in such instances, the law must be “reasonable in light of the purpose served by the forum,” (Cornelius v. NAACP Legal Defense, 473 U.S. 788, 806). In the case of polling places, the purpose is peaceful voting.

Minnesota’s law was not reasonable in light of that purpose.

The Chief Justice again: “[T]he State must be able to articulate some sensible basis for distinguishing what may come in from what must stay out. Here, the unmoored use of the term ‘political’ in Minnesota law, combined with haphazard interpretations … cause Minnesota’s restriction to fail even this forgiving test.”

The majority (Chief Justice Roberts and Associate Justices Clarence Thomas, Ruth Bader Ginsburg, Samuel Alito, and Elena Kagan) show great wisdom and discipline in this decision, ensuring that states tread lightly when they set out to impose burdens on our constitutional rights. This law was an open invitation for political abuse and manipulation, and the people of Minnesota deserve much better.