[LBB] Should the Church Betray Scripture to Accept Same-Sex ‘Marriage?’

By Mario Diaz, Esq.June 3, 2015Defense of Family, News and Events

“[W]henever God needs to use voices outside his grace to reach his people, that usually means his people are about to learn ‘the Lord chastens those whom He loves.'” 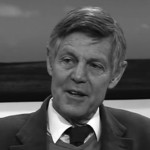 I wanted to alert you to nationally syndicated talk show host Steve Deace’s column in the Washington Times, titled, “Thank God for this gay atheist.” It calls the church to a strong self-evaluation in light of its apparent willingness to “accommodate” or “mold” to approve homosexual “marriage.” Deace quotes Matthew Paris, a “gay atheist,” extensively throughout. Paris, who responded in a United Kingdom’s Spectator column to the news of Ireland becoming the first nation to vote for the redefinition of marriage, said, “As a gay atheist I want to see the church oppose same-sex marriage.” Deace goes on to deliver these powerful words:

Mr. Paris tragically concludes that by surrendering the moral high ground on the marriage debate, the church turns out to be exactly what critics like him claimed all this time. By moving from solid rock to shifting sand, the church did not draw closer to the likes of Mr. Paris but drove him further away.

It’s clear Mr. Paris is not happy to have his most sinister suspicions confirmed and that he wanted to believe the church really believed as well. Thus, instead of celebrating the church’s capitulation to his craven desires and welcoming the church to “the right side of history,” Mr. Paris rightly rebukes us. He admits he has no respect for an institution so needy of his ilk’s approval that we would readily betray the blood shed at the cross on our behalf by Christ himself.