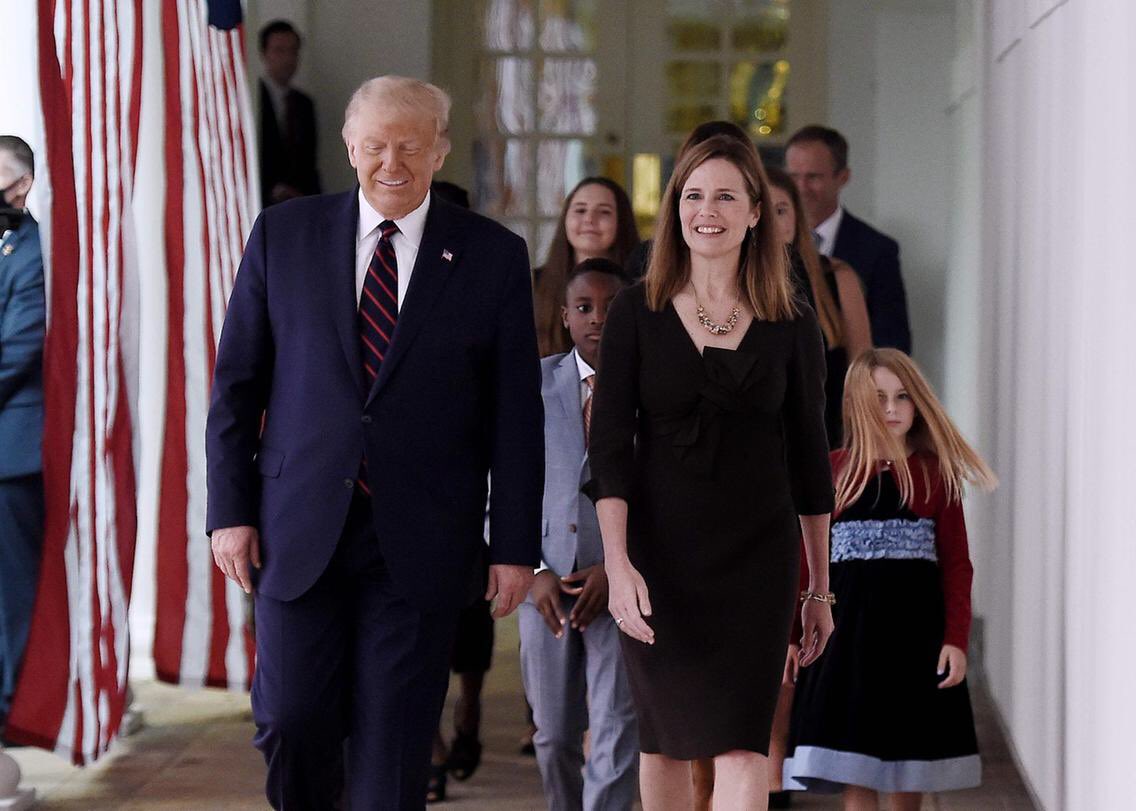 Now that Amy Coney Barrett has been sworn in as the 115th justice of the United States Supreme Court, I hope you realize the importance of your vote this coming November 3. There was a time when the U.S. Senate would have confirmed Justice Barrett unanimously. That was the way Justice Antonin Scalia, her mentor, was confirmed, 98–0. By contrast, Justice Barrett was confirmed 52-48. She would have never been confirmed if just a few seats were turned.

This must become a matter of prayer for us as we focus our attention these last few days. Let us pray, not only for the outcome but also that those who are elected would choose justice over partisan bickering.

Republicans control the Senate right now 53-47. Democrats would need to pick up four seats to become the majority. There are 34 Senate seats up for a vote. Of those 34 seats, 22 are Republican, and only 12 Democrats.

Right now, Real Clear Politics has nine races as toss-ups— seven Republicans and just two Democrats. It further has five leaning to remain Republican and three leaning Democrat, with one of them being a pickup from a Republican seat. 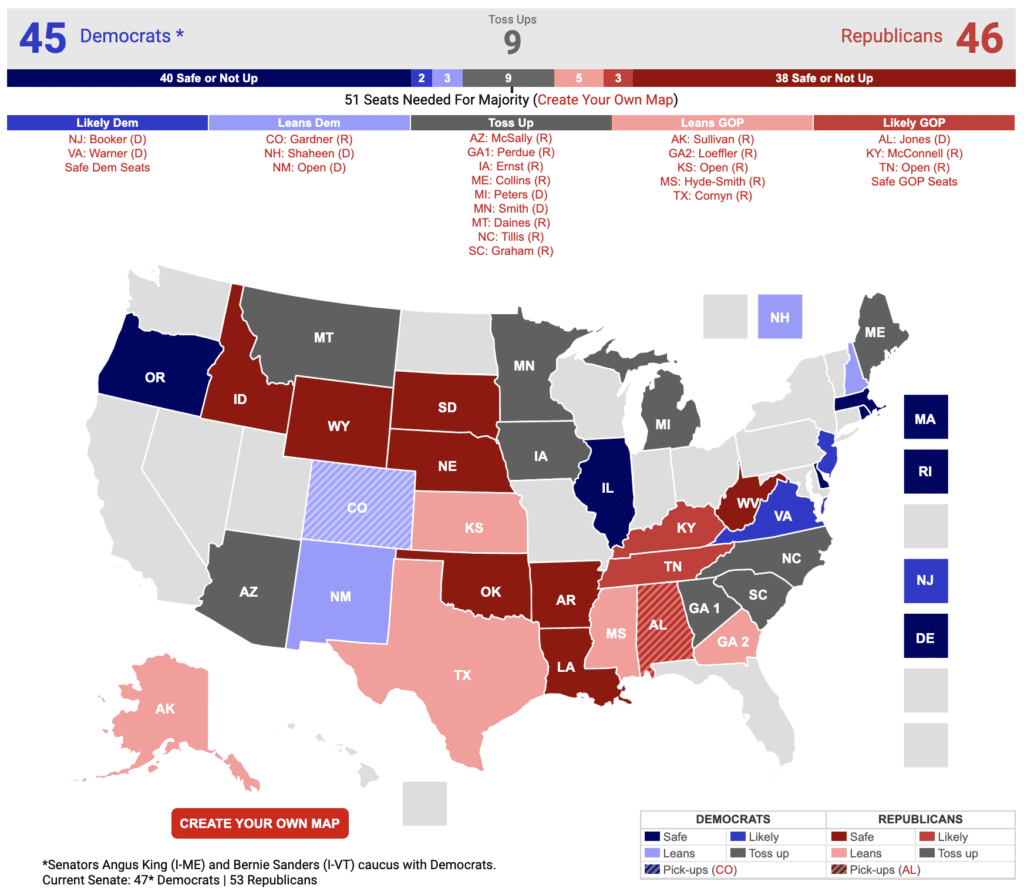 As you can see, there is a lot still up in the air as far as the United States Senate’s makeup which will have significant implications for the confirmation of judges.

President Donald J. Trump has had historic victories in appointing constitutionalists to federal courts. Still, the gains would not have been possible without a Senate committed to the swift confirmation of qualified nominees.

The number of cloture votes, which used to be rare in judicial confirmations, and which are practically meant merely to slow down nominees, have surged under today’s hyper-political climate. Seventy-seven percent of President Trump’s judicial nominees were forced to go through a cloture vote. Compare that to just 2.9 percent for President Barack Obama.

Every way you look at it indicates to us that U.S. Senate races are crucial to justice. The media’s focus on the presidential race is, of course, warranted. The two candidates have very different and contrasting plans for our country.

But we must not forget that even in some of the areas where they are promising to do this or that, they will need Congress to act before they can do anything.  In the case of judicial nominations, they will need the Senate to exercise its “advise and consent” role.

One troubling idea that is being pushed by the radical left, namely to pack the Supreme Court by expanding the number of justices, would require the House of Representatives and the Senate to pass legislation for the president to sign.

Packing the Court would be damaging to an institution that relies on its institutional legitimacy for its role in our form of government. This is why most elected officials, including Democrats, have opposed the idea for decades. Even Vice President Biden has said we would “live to rue the day” if the Supreme Court was expanded.

Democratic President Franklin D. Roosevelt actually tried to pack the Court in 1937, but he failed when many in his own party opposed him, saying he would turn it into a political weapon.

The American people also reject court-packing. This is why today, Vice President Biden has been reluctant to speak of the plan publicly. He has famously said he will answer the question “when the election is over” which is troubling in its own right.

Many have taken that to mean he will do it. If that is the case, he would need the support of a willing Senate to go along with the plan.

The bottom line is, we must keep the U.S. Senate in focus as we head into Election Day.