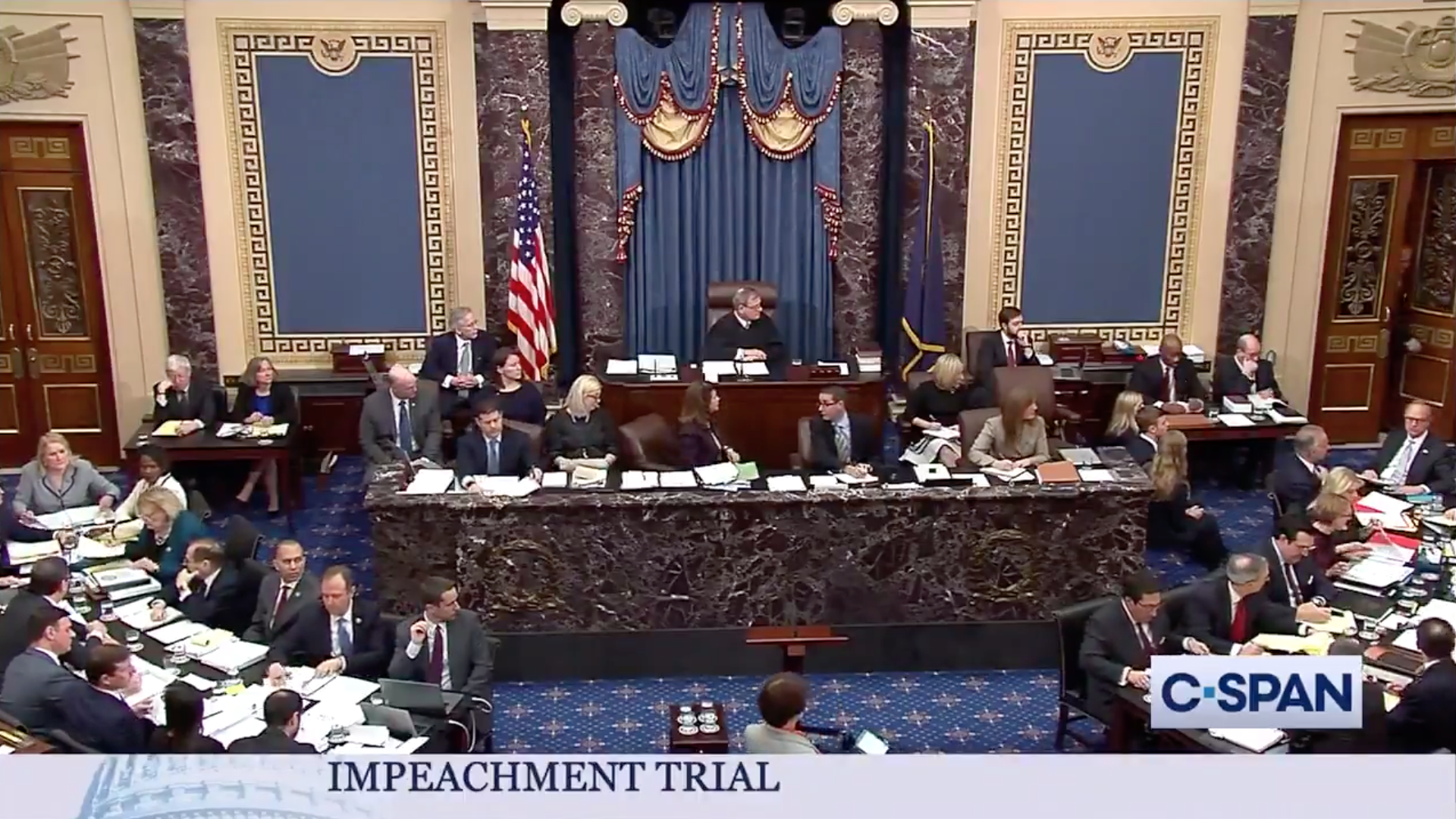 The highlight of day two was Chief Justice of the United States Supreme Court John Roberts’ refusal to ask a question by Senator Rand Paul (R-Kentucky). Some speculated it was because Sen. Paul would identify the whistleblower. But Sen. Paul released the content of his question, surprising the media. Take a look:

Sen. @RandPaul: “My question made no reference to any whistleblower…”

He then reads the question.

“I think this is an important question. One that deserves to be asked.” pic.twitter.com/D2iafDrv4X

As you can hear, though Sen. Paul mentions some names in his question, he does not mention the whistleblower. He argued his question goes to the motive for impeachment, which is something we have talked about since the beginning.

It seems incontestable that a group of liberal operatives actively looked to impeach the president since before he was sworn into office. This is a matter of public record. Because of that, a discussion into the people involved in starting this whole process would seem highly relevant to try to assess the validity of the arguments being presented.

Whatever the case, the Chief Justice, as the presiding officer made the call and it cannot be challenged at the moment. Perhaps a discussion might be in order tomorrow when the Senate will entertain a series of motions that will determine the direction of the trial going forward.

That is why it is imperative that you call and write to your Senators today! Click here to visit our Impeachment Central, where we give you all the information you need to unite your voice to the hundreds of thousands of CWA supporters around the country.

And be sure to check out our latest impeachment briefing below: