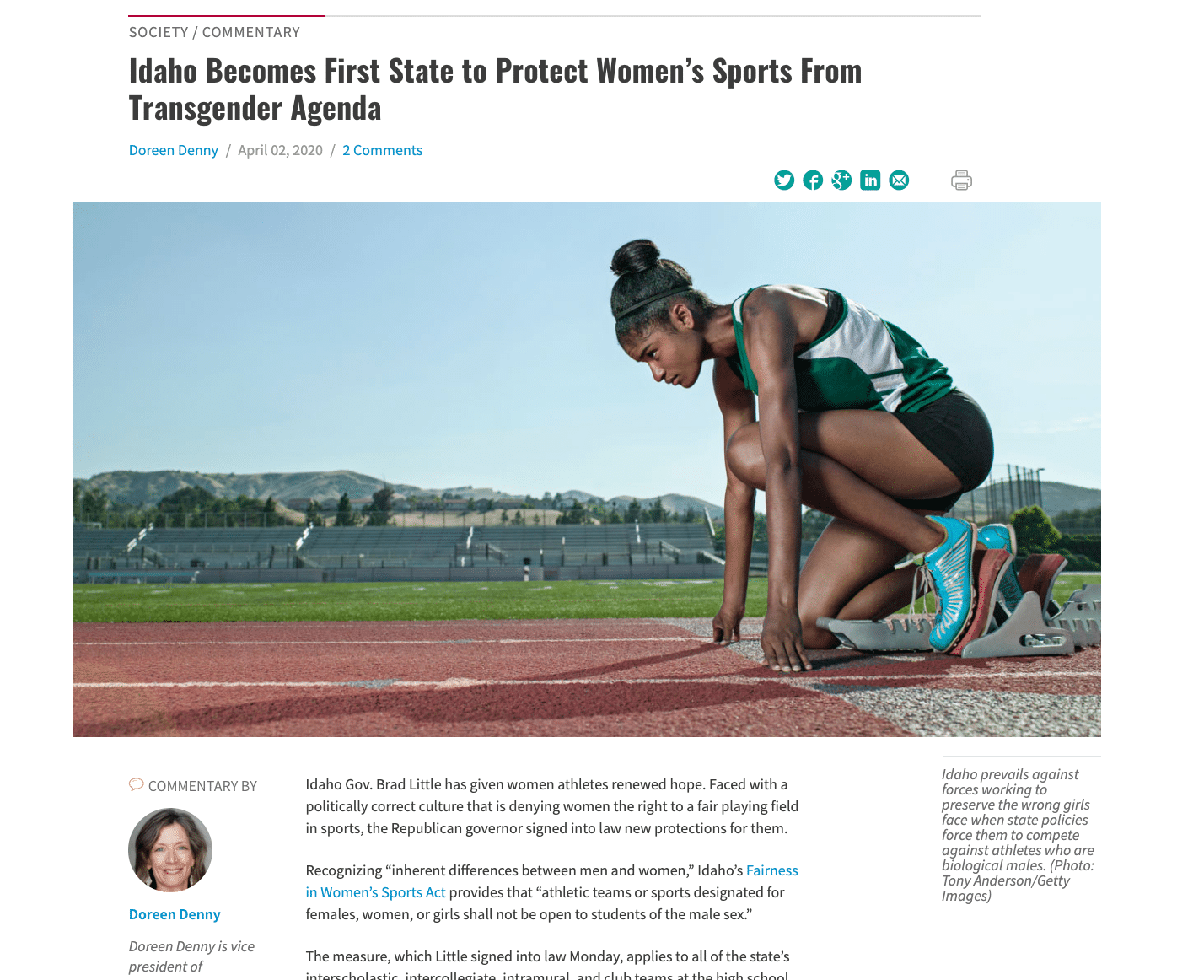 “Idaho Gov. Brad Little has given women athletes renewed hope. Faced with a politically correct culture that is denying women the right to a fair playing field in sports, the Republican governor signed into law new protections for them.

Recognizing “inherent differences between men and women,” Idaho’s Fairness in Women’s Sports Act provides that “athletic teams or sports designated for females, women, or girls shall not be open to students of the male sex.”

The measure, which Little signed into law Monday, applies to all of the state’s interscholastic, intercollegiate, intramural, and club teams at the high school and college levels.

Idaho is the first state to prevail against forces working to stop similar bills across the country that seek to right the wrong girls face when state policies force them to compete in women’s sports against athletes who are biological males.”