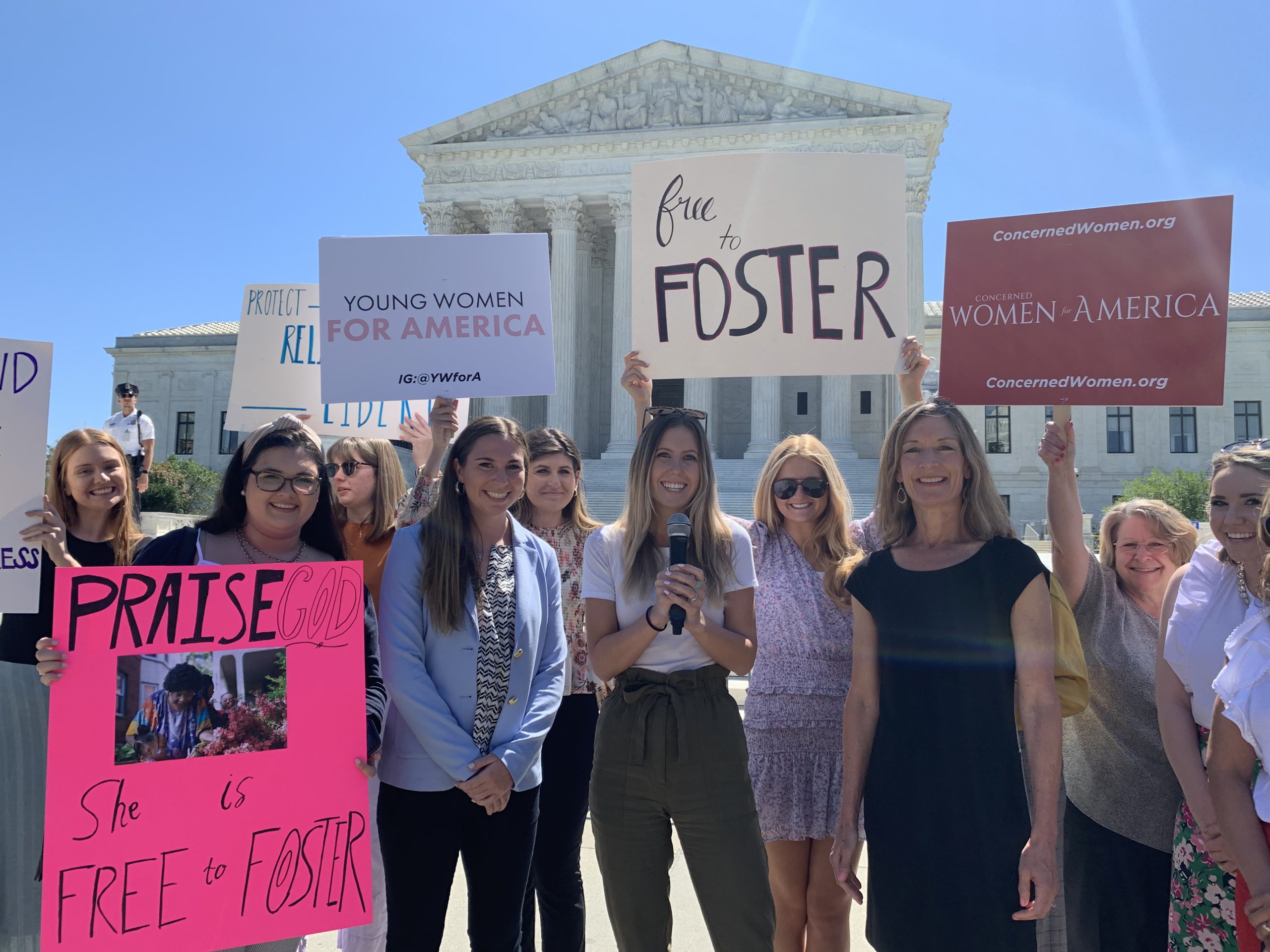 Washington, D.C. – Conservative women celebrate the just-released U.S. Supreme Court decision in Fulton v. City of Philadelphia. Penny Nance, CEO and President of Concerned Women for America (CWA), the largest public policy organization for women in the nation, had this to say:

“As the Court acknowledged, ‘The refusal of Philadelphia to contract with [Catholic Social Services] CSS for the provision of foster care services unless CSS agrees to certify same-sex couples as foster parents violates the Free Exercise Clause of the First Amendment.’

“This is a commonsense decision that represents the most basic principles of freedom. Americans should be free to act upon matters of conscience according to their deeply held religious beliefs without fear of government retribution.

“Children are the real winners here. Children in foster care or in need of a forever home have benefitted from religious communities, like Catholic Social Services, selflessly committed to their welfare for thousands of years. Government should welcome such humble assistance and encourage their expansion, instead of putting a target on them seeking their demise, as Philadelphia tried to do here.

“In a pluralistic society, we must resist those in power who seek to impose their preferred views in matters of faith by force. We must learn to respect one another and understand that disagreement is not bigotry.

“Today, the Court lives up to the promise of our founding and adheres to the essence of our First Amendment freedoms to the free exercise of religion.”