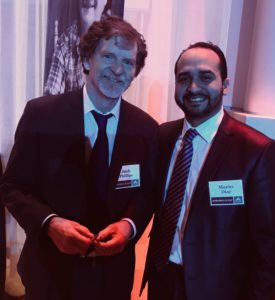 Associate Justice of the U.S. Supreme Court Clarence Thomas was part of the 7-2 majority that recently held the Colorado Civil Rights Commission violated Jack Phillips’ First Amendment constitutional rights of free expression in the recent Masterpiece Cakeshop v. Colorado Civil Rights Commission case. The Commission sought to punish Jack, because he refused to use his artistic talents, in violation of his religious beliefs, to create a cake for a same-sex wedding.

The majority held appropriately. But the Court did not address Jack’s second claim that the Commission’s actions violated his freedom of speech, as similarly guaranteed by the First Amendment. That claim is likely to come back before the Court at a later date in a similar case, and Justice Thomas does the legal community a great service by taking the issue head-on and giving some valuable guidance.

The Court of Appeals had concluded that Jack’s custom baking of a wedding cake, “was not expressive and was not protected speech.” It said that Jack’s conduct was not “expressive,” and that he could potentially post a disclaimer advising people he was just complying with the law. Justice Thomas disagrees on both counts.

He rightly points out that the appellate court’s reasoning, “flouts bedrock principles of our free-speech jurisprudence and would justify virtually any law that compels individuals to speak.”

He’s exactly right. If our ability to say a disclaimer is all that was needed for a law to survive a constitutional challenge, then virtually no law would ever violate the constitution. A simple disclaimer would always vindicate it.

Supreme Court precedent is on Justice Thomas’ side. “[O]ne important manifestation of the principle of free speech is that one who chooses to speak may also decide ‘what not to say,’” Hurley v. Irish-American Gay, Lesbian and Bisexual Group of Boston, 515 U.S. 557, 573 (1995).  The Court has been clear that generally, the state “may not compel affirmance of a belief with which the speaker disagrees,” Id. Further, “this general rule, that the speaker has the right to tailor the speech, applies not only to expressions of value, opinion, or endorsement, but equally to statements of fact the speaker would rather avoid,” (Id, emphasis mine). This principle is extremely important, because Jack and millions of Americans actually dispute a fact in this case, whether a wedding is taking place at all. That, too, is protected speech under the First Amendment. In Justice Thomas’ words:

Forcing Phillips to make custom wedding cakes for same-sex marriages requires him to, at the very least, acknowledge that same-sex weddings are “weddings” and suggest that they should be celebrated — the precise message he believes his faith forbids. The First Amendment prohibits Colorado from requiring Phillips to “bear witness to [these] fact[s],” Hurley, 515 U. S., at 574, or to “affir[m] … a belief with which [he] disagrees,” id., at 573.

With that principle afresh in our minds, Justice Thomas argues compellingly that the action involved in this case, designing and making custom wedding cakes, is expressive. It is not hard to see why. The whole reason clients come to Jack for their wedding cakes is that he is an artist who creates beautiful, innovative, meaningful wedding cakes.

The Colorado Court of Appeals’ ultimate conclusion is puzzling because it actually agreed that “a wedding cake, in some circumstances, may convey a particularized message celebrating same-sex marriage,” depending on its “design” and whether it has “written inscription.” Yet, no such distinction is made when the state goes on to compel Jack.  In other words, if some designs are expressive, then he should only be compelled to make non-expressive designs.  I hope it is plain how ridiculous this distinction is in practice. Do we really want to establish, “The Great Judicial Baking Show” in our courtrooms, where judges will be in charge of deciding which custom-made wedding cakes are expressive enough and which are not?

The dissent realizes that and, therefore, abandons the Court of Appeals’ reasoning, instead putting the burden on Jack to show that his conduct is expressive. But they reject that any such evidence can be produced anyway. Justice Thomas, for his part, notices no such proof has been required in the past and, of course, there is more than enough evidence to make a determination here.  The dissent is simply interested in a particular outcome, and it works backward to fit the facts into that narrative.

Justice Thomas, on the other hand, goes through the evidence and meticulously applies the appropriate Supreme Court precedent. Even the recent decision that created a constitutional right to same-sex marriage supports Jack’s claim here.

Nor does the fact that this Court has now decided Obergefell v. Hodges, 576 U. S. ___ (2015), somehow diminish Phillips’ right to free speech. “It is one thing … to conclude that the Constitution protects a right to same-sex marriage; it is something else to portray everyone who does not share [that view] as bigoted” and unentitled to express a different view.

This is the question we will continue to face going forward, and Justice Thomas’ work, in this case, is invaluable to those of us who are working to protect liberty and freedom. “[I]n future cases, the freedom of speech could be essential to preventing Obergefell from being used to ‘stamp out every vestige of dissent’ and ‘vilify Americans who are unwilling to assent to the new orthodoxy.’” We would do well to heed Justice Thomas’ advice.