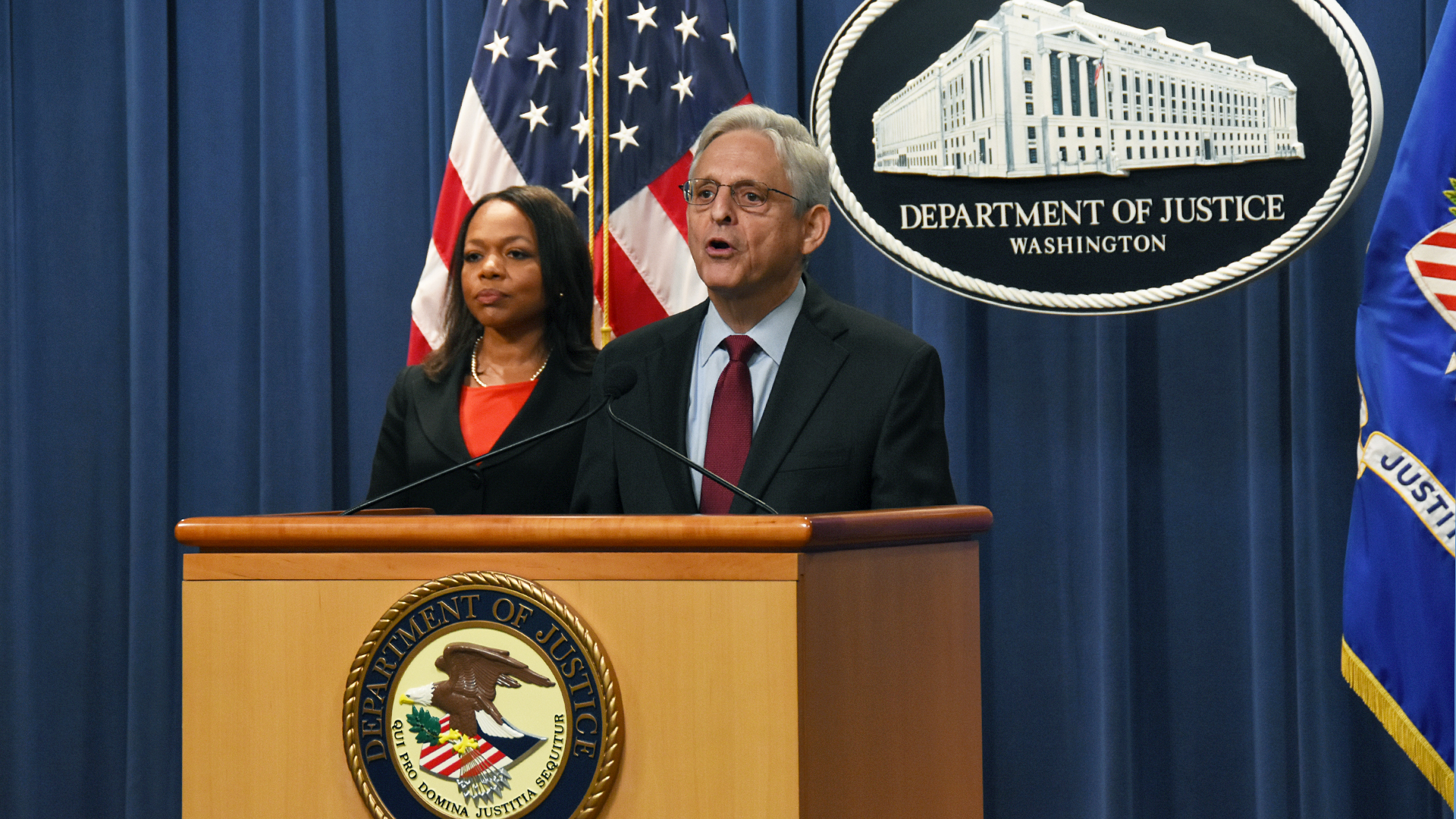 “Eleven Charged With FACE Act Violations Stemming From 2021 Blockade of Mount Juliet Reproductive Health Clinic,” read the Department of Justice U.S. Attorney’s Office for the Middle District of Tennessee press release. Translation: The U.S. Department of Justice uses law enforcement to harass the Biden Administration’s political adversaries. They see it all as part of their vengeful crusade to protect “reproductive rights” after the overturn of Roe v. Wade.

The announcement was made by U.S. Attorney Mark H. Wildasin from the Middle District of Tennessee and Kristen M. Clarke, Assistant Attorney General for the Civil Rights Division. Clarke is a pro-abortion radical who testified in Congress in 2020 for the codification of a “Constitutional right to abortion.” She believes, “The right to reproductive care, including abortion care, is inextricably intertwined with the ability of women to attain upward mobility …” and that “limits on access to abortion are not just a reproductive rights issue, but a matter that squarely threatens to undermine racial justice, and that necessitates federal legislation.”

Meanwhile, DOJ continues to ignore the numerous attacks on pro-life clinics and churches since the Dobbs decision. You might recall CWA was itself vandalized.

The pro-life activists were charged under the Freedom of Access to Clinic Entrances (FACE) Act under an indictment that “alleges that, beginning in February 2021, Chester Gallagher utilized social media to promote a series of anti-abortion events scheduled for March 4-7, 2021, in the Nashville area.” DOJ announced, “If convicted, those charged with conspiracy face up to 11 years in prison and fines of up to $250,000.”

As if that were not shameful enough, the politicized department proudly announced that “This case was investigated by the FBI,” which has come under unprecedented disrepute following its disgraceful mishandling of numerous cases. From the Larry Nassar case, where the victim’s families are seeking $130 million for their reckless and cruel mishandling of that case, to the Epstein fiasco, where Ghislaine Maxwell received 20 years in prison for trafficking underage girls to apparently no one because they continue to protect and ignore the “clients” of the dastardly affair to the unprecedented and utterly political search of former President Trump’s home at Mar-a-Lago, the FBI has unfortunately lost all credibility.

And DOJ has been working similarly alongside them. The adverse consequences of these developments cannot be overstated. Thanks to these blatant abuses, millions of Americans feel there are two systems of justice, one for friends of those in power and one for the rest of the country. They are destroying one of the principles that is foundational to our freedoms. John Adams said it best when he described our republic as “a government of laws, not of men.” This is foundational to justice.

The DOJ and FBI’s current despicable behavior reinforces a belief that what matters is not the law but the personnel enforcing it, that the law will be twisted to fit the outcomes they want.

The charges against these pro-life advocates are ridiculous. At a time when we face so many challenges in law enforcement, why would they spend the resources on this type of action? Well, it is evident that it is meant to deter pro-life advocacy going forward. Pro-life, pro-family, freedom-loving Americans are being painted as a threat.

It is worth noting that these actions are not taken in a vacuum. Remember President Biden’s red-flaming speech flanked by two military members where he screamed about “MAGA Republicans”? Perhaps you recall the DOJ’s outrageous labeling of parents as “domestic terrorists.”

This mismanagement and abuse have been catastrophic. We must put an end to it now for the good of our country. Congress must engage even more forcefully. The damage being done will take decades to undo.