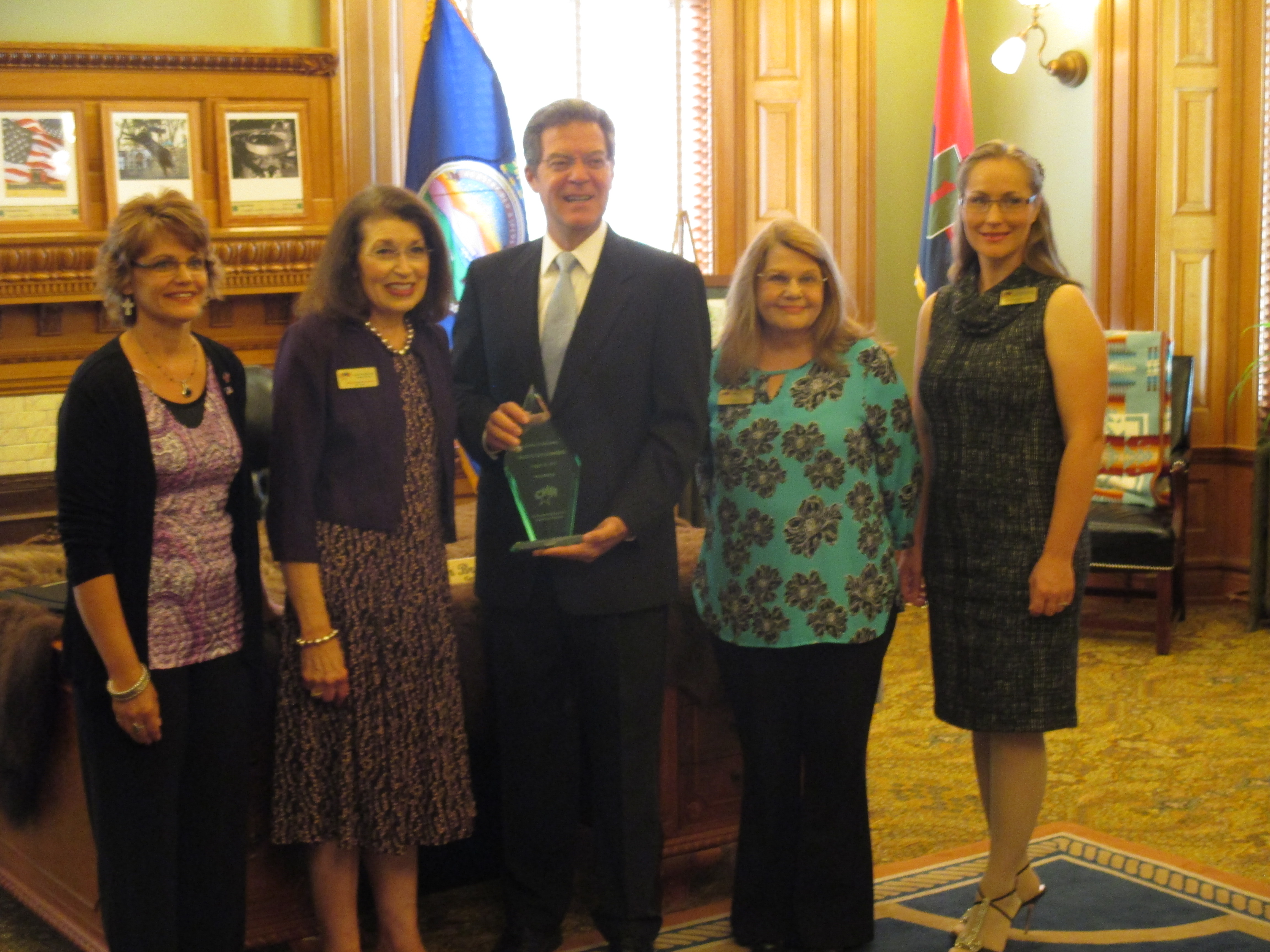 On the morning of August 24 Concerned Women for America of Kansas presented Gov. Sam Brownback the Guardian of Faith Award for his courage and faithfulness to “Obey God rather than men”. We honored him for his Executive Order of July 17 which stated:

“The State Government shall not take any discriminatory action against any individual clergy or religious leader on the basis that such individual declines or will decline to perform, solemnize, or facilitate any marriage, based upon or consistent with the individual’s sincerely held religious belief or moral conviction.

(b) The State Government shall not take any discriminatory action against a religious organization, including those providing social services, wholly or partially on the basis that such organization declines or will decline to solemnize any marriage or to provide services, accommodations, facilities, goods, or privileges for a purpose related to the solemnization, formation, celebration or recognition of any marriage, based upon or consistent with a sincerely held religious belief or moral conviction

(c) The State Government shall not take any discriminatory action against a religious organization that provides social services or charitable services, which acts or intends to act upon sincerely held religious belief or moral conviction “

We prayed for Gov. Brownback before leaving:

“Father, I know the spirit of the world creeps into the body of Christ almost unawares sometimes, and before we know it, we can so easily be led astray and caught up in worldly actions (at times so subtly we don’t even know what has happened to us.)

“So, in the name of Jesus, I pray you would raise up a voice in our nation that would rally the body of Christ and cause us to become the standard bearers to such a degree that we would profoundly affect the morality of our nation.