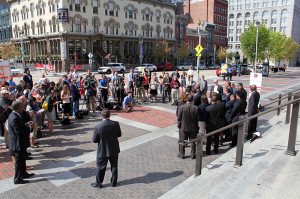 We are facing the biggest human rights and civil rights issue of our time head on — and most of America is unaware.

Since 1973, abortion has reduced the black population by over 25 percent.

The same liberal mobs, who cry out against the injustice or inequality for gays, blacks, and females, are the same ones who advocate for the very institutions that destroy them. 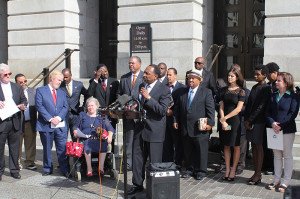 To Planned Parenthood and her advocates, this isn’t about black lives, the mother’s life, or the baby. It is appalling that Margaret Sanger, the very women, who has succeeded in inventing the black holocaust will now be honored among those who spent their lives for true Justice for the African-American, and believed all life was made inherently in the image of God.

Portrait gallery, This is a slap in the face. 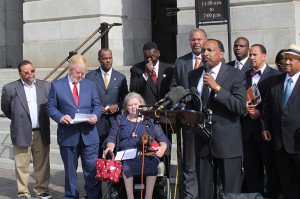 Just like South Carolina took down the confederate flag, a sign of racism and hurt for so many African Americans, Margaret Sanger is a symbol of racism and genocide. How unfitting for her to be honored in the “struggle for justice” exhibit.

National Portrait gallery, take down this bust! Even President Obama called the removal of the confederate flag “a signal of good will and healing.”

Now it’s your turn Smithsonian. What will your move be? one of healing or immorality?