I’ve Been Where You Are

By Jaime BallewAugust 26, 2015Blog, News and Events, Sanctity of Life

Editor’s Note: If you’ve ever wondered what a woman can go through with a “safe, legal, and rare” abortion, read on. And if you’re one of those women who has experienced one and is silently struggling with your decision, definitely read on. There is hope … and healing.

Hello, my name is Cathy.

Most people do not know that abortion is one of the most common surgical procedures performed in the United States. At least 1.2 million pregnancies ending in abortions are reported each year. Contrary to common perception, abortion is not rare and most likely has affected many people whom we know. By the age of 20, one in seven women has undergone at least one abortion. By the age of 45, one in three women has had at least one abortion.

I am one of those. After 40 years of silent grieving and shame, I am here to share, out loud, how my choice affected my life. I was 17, one year after Roe v. Wade legalized abortion in 1973, when, at the advice of those I loved and trusted (including the minister of the church I grew up in), I was told that abortion was the right thing to do.

So, I left my family and friends and moved to Arizona in August of 1974. My aunt, who happened to work for Planned Parenthood, took me to San Diego that weekend where I terminated the life of my child. I have no memory of the procedure, but waking up in recovery amongst a room full of girls and women in physical pain and mental anguish is a memory I will never forget.

My aunt took me school-clothes shopping right after I was released, and the task of covering up the aftershock continued for the next 39 years. I knew when I stepped out of that clinic that I had done something terribly wrong.

I married not long after that and started an exciting life as a Navy wife. Then, in 1976, I came to know Jesus as my Savior and began a life in Him. Together, Ron and I have two beautiful daughters.

The military moved us to many duty stations across the country and one tour overseas. Our life was normal, filled with church, sports, and school activities. Occasionally, the abortion would come to mind, and the memories would visit me in my dreams. I’d gotten good at covering up my pain … and my walk as a Christian became my best mask.

Once our girls were grown and leading lives of their own, the covering and denial continued to the point where I began to deal with deep bouts of depression. I had a wonderful husband, wonderful girls, and a fulfilled life. Why was I so miserable?

I began to self medicate with alcohol to escape this self doubt and hate. Then I ended up phasing myself out of a church that I loved and served in for 14 years and walked in my flesh for the next 10 years. Praise God; He never gave up on me … and neither did my praying friends.

In 2004, we moved to our present location. I struggled with depression and loneliness and continued with the closet drinking for many years. I hid my pain from my family and my friends. I didn’t know how to talk about it; I didn’t know that it stemmed from that day I walked into an abortion clinic and walked out in physical and mental pain, but no longer pregnant.

In September 2013, I reconnected with ladies from my old church and went to a ladies’ retreat with them. I went grudgingly, but I sensed the Lord for the first time in years. I recalled His love for me — His patience, His kindness, and that HE saved me— but my self destruction continued.

On December 24, 2013, the Lord got my attention loud and clear. It was a day after my last alcohol binge. Two ladies whom I had spent time with at camp called me on the same day to check on my father who was hospitalized at the time, and I ended up telling them everything. They prayed the most powerful prayers, and I knew God was talking to me and wooing me home.

I re-dedicated my life to the Lord that day. 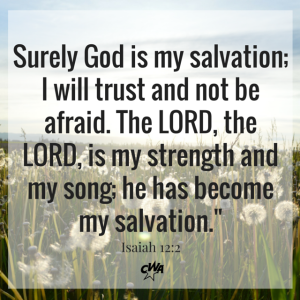 God led me to First Baptist that following Sunday. I had driven by the church on my way to work for nine years and saw the Pregnancy Center sign every day. It was the first time that I had walked into a church in years and not felt like I should not be there.

While the pastor was sharing announcements, I opened the bulletin. There was a flyer about the pregnancy center, and it said, “If you know anyone considering abortion, or suffering from a past abortion, contact the pastor.”

“Could this be it?” I asked myself. “Could this be what is wrong with me?” All that was left was to get up the courage to contact the pastor.

And that I did.

I completed the Bible Study, “Forgiven and Set Free” with Vanessa and Christie from the Pregnancy Center at a near by town in the spring of 2014. For the first time in my life, I did not feel alone. There were and are others who know what I was going through. They called it, “silent grieving” and “Post-Abortion Stress Syndrome.” The healing began.

I had always known that God forgave my past sin, but I did not embrace that forgiveness concerning my abortion until then. I experienced a freedom and relief from my guilt and shame.

I was able to grieve my child with an identity and the knowledge that my baby was with Jesus and someday we will meet. Healing was mine.

I don’t know where my life would be today if that sign had not been on the side of this church. God planned this in my life. He has a plan for this center. We are willing vessels who are trusting God to bring those whose lives need healing and direction, whose lives need the love of Jesus.

And we look forward to partnering with you as we pray for and love on this community in Arizona.

Cathy Barnella is a friend of CWA. Her story begins tragically, like so many others, but ends in hope and healing — two things we pray for every woman who has an abortion. May her story inspire others to seek the help that they may not even realize they need.