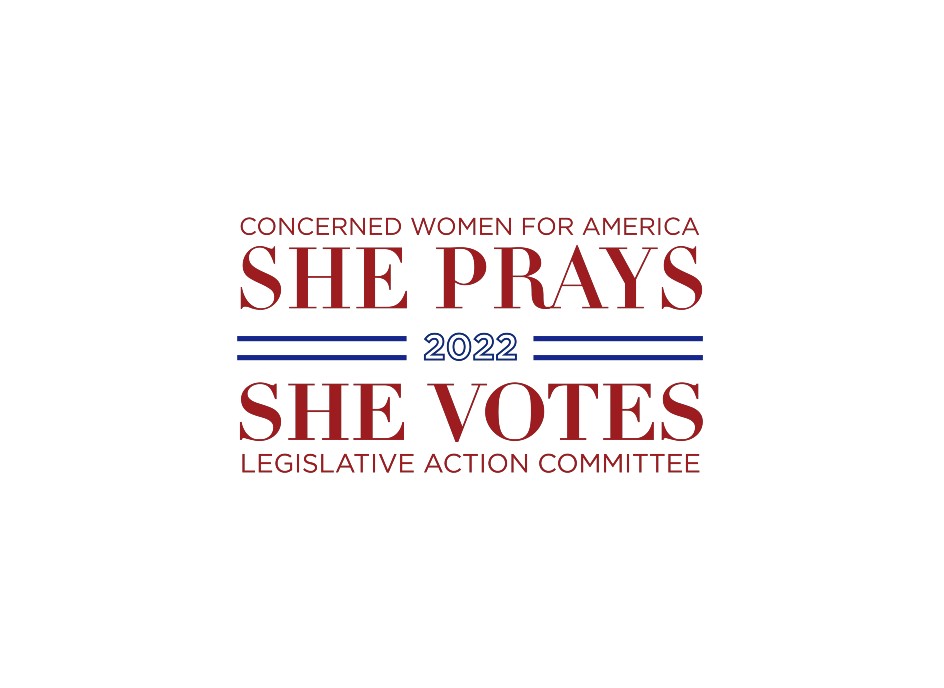 Washington, D.C.  –  Today, Concerned Women for America (CWA), the largest public policy women’s organization in the country, announced it is launching a multi-state bus tour called “She Prays She Votes” that will encourage women to engage in their year’s election. Focusing on the key states of Ohio, Pennsylvania, Georgia, and Arizona, the bus tour will help energize Christian women to get to the polls November 8 and to work as election day poll workers and poll watchers.

Starting Monday, October 17, at the Ark Encounter in Kentucky and ending in Phoenix, Arizona, on November 7, the bus tour will host get-out-the-vote events, prayer gatherings and roundtable discussions at more than 40 stops in 11 states across the country. The tour will highlight the importance of prayer and electing men and women of good character to lead the nation in public office. Another key theme of the bus tour is assuring election integrity making sure votes are accurately and securely counted and reflect the will of the people.

“We recognize the impact of a woman who prays for her country, her community, and her family. When you combine that with political activism it is a powerful force,” said Penny Nance, CEO and President of CWA. “This year the stakes are high, and CWA is doing everything in its power to motivate and activate Christians across the country to get to the polls and vote for men and women of high moral character.”

The Bible calls on Christians to pray and give thanks for all people, “for kings and all who are in authority, that we may lead a quiet and peaceable life in all godliness and reverence.” 1 Timothy 2:2

“Unfortunately, Americans have not had a quiet and peaceable life in the last two years as the policies of the Biden Administration and their amen corner in Congress, have disrupted our economic security, our national security, and the security of our family life,” said Nance.

“Joe Biden and the elites in Washington and the media would rather shut Christians out of the political process, raiding their homes, spying on their activities, and calling them extremists. The only way to stop these attacks on Christians is to vote on election day November 8.”

Since its inception in 1979, CWA has engaged women in every state to get involved and take action. This year’s She Prays She Votes bus tour will be the fourth in CWA’s history.

To schedule an interview with Penny Nance or for more information, please contact [email protected].

##
Concerned Women for America is the Nation’s largest public policy organization for women; we are dedicated to promoting Biblical values and Constitutional principles. More information is available at ConcernedWomen.org