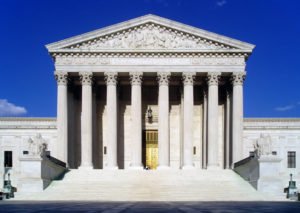 Phyllis Young operates the “Aloha Bed & Breakfast” out of her home, renting about three rooms to guests in Hawaii. The house is a four-bedroom house that is not sectioned off. Guests are treated as part of the family during their stay.

For these reasons, as a Christian, Phyllis applies the same rules to guests that she would to family members. She does not facilitate sexual relationships outside of marriage as defined by her Christian beliefs. This means that she would not rent one room to unmarried couples or those in a same-sex relationship.

When two women in a same-sex relationship sought to rent a room with her, Phyllis declined, and they filed a complaint with the Hawaii Civil Rights Commission for sexual orientation discrimination.

The Alliance Defending Freedom, representing Phyllis, argued that Hawaii’s public accommodation law, which makes sexual orientation discrimination unlawful, did not apply in this situation because of the nature of the business (renting only three rooms in her primary residence).

The Constitution also protects the free exercise of religion so that Phyllis should have the right not to promote behavior that her faith teaches is immoral. She should be able to conduct her small business in a way that can respect her deeply held religious beliefs.

As we have seen in other cases, the lower courts have ordered Phyllis to violate her Christian beliefs if she wants to make a living. This is a plain violation of the First Amendment to the U.S. Constitution. Americans should be able to operate a business according to their deeply held religious beliefs and without being compelled to endorse a government-approved view that contradicts those.

That is why Concerned Women for Americas has joined a brief asking the United States Supreme Court to take the case and reverse the lower court’s decision penalizing Mrs. Young for refusing to condone that which is contrary to her faith. In it, we argue:

Mrs. Young, the homeowner, acted out of her religious conviction that renting a single room to other than a married husband and wife would engage her in facilitating and endorsing immoral sexual conduct. She not only held a sincere belief to that effect, well buttressed by Biblical teaching, but her action in refusing quarter to the unmarried and same-sex cohabitants was conduct protected by the First Amendment’s prohibition of state interference with her free exercise of religion and with its similar prohibition of interference with her freedom of assembly, which incorporates the right not to associate with those engaging in behavior with which one disagrees.

The brief was filed alongside the Billy Graham Evangelistic Association, Samaritan’s Purse, the National Association of Evangelicals, the Congressional Prayer Caucus Foundation, the National Legal Foundation, and the Pacific Justice Institute sending a strong message to the Court of the importance of the religious liberty interests and concerns at play.

Please continue to pray for this case and the justices as they consider this case in the coming weeks.