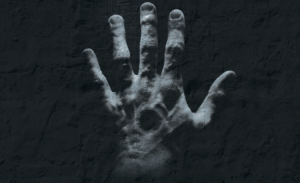 Strong sentiments about 2017 overwhelmed my social media feeds over the break. As with Dickens’ tale, it seems “It was the best of times, it was the worst of times …” If I had to summarize the overall sentiment, I would say 2017 was disorientating for many.

It was the year of the unexpected – the surprising and unforeseen. Good and bad, both unpredictable.

It was, of course, the first year of President Donald J. Trump, which is emblematic of the whole concept.  I still remember that New York Times graph giving Hilary Clinton an 80% chance to win the 2016 presidential election and Donald Trump just 20%, just hours before they had to flip the whole thing around, ending up with Donald Trump at 95%, Hillary with just 5%. Amazing.

President Trump’s first year followed suit. Far from the doom and gloom predictions, President Trump’s first year was overwhelmingly positive.  The economy has improved dramatically, ISIS is on the run, he signed a $1.5 trillion tax-cut bill into law, and (my personal favorite, of course) he confirmed Neil Gorsuch to the U.S. Supreme Court. That’s an impressive year.

But it was not a simple as that, as we all know. A deluge of distractions — from Russia investigations to surprising firings to North Korea’s Kim Jong-un antics — definitely kept the President busy and the public overwhelmed with information and misinformation, unfortunately. “Disorienting” is an understatement.

That’s just one aspect of 2017. We also had the Las Vegas shooting, which left 58 people dead and 546 injured, and that eerie silence about the details of the shooter, 64-year-old Stephen Paddock. The fact that we don’t know more about this incident still today brings a chill down my spine. What are we to think of this?

Of course, we had Hurricanes Harvey, Irma, and Maria hitting parts of the U.S., causing incredible devastation.  Millions of our friends and families were stranded, and many are still dealing with the consequences of the damages.

Those are just the top stories, but we could keep going for hours, and a definite picture of something like a whirlwind inevitably emerges. That was 2017.

How do we handle this? As we prepare to tackle 2018, what should be our approach?

May I suggest we grab a hold of truth?

When you are disoriented, you need a point of reference. You need a stake on solid ground from which to measure everything else. Without that we are lost. If all we have are randomly moving objects around us, we have chaos. You can’t rely on anything, because they are there at one point but gone the next.

Many of you know this. Our chief of staff, Caroline Aderholt, expressed a similar sentiment in our staff devotional time. She said, “When I feel like I don’t know what is going on, I look around and say, ‘Alright, what do I know is real?’”

That’s exactly right. What do we know is real? What is true?

Whatever the chaos is around us, whatever the pain, the blessing, the struggle, the rest, the test, or achievement, only truth and reality can give us the proper perspective to remain grounded and secure, the opposite of disoriented and unstable.

For us as Christians, the answer is simple but profound, because the answer is not a place or a thing but a person. That is what puzzled the Apostle Thomas in John 14, as Jesus tried to console the disciples about the chaos of their times. “Let not your hearts be troubled,” Jesus said to them, “Believe in God; believe also in me. In my Father’s house are many rooms. If it were not so, would I have told you that I go to prepare a place for you? And if I go and prepare a place for you, I will come again and will take you to myself, that where I am you may be also. And you know the way to where I am going.”

Perhaps you feel as Thomas did when he answered Jesus, “Lord, we do not know where you are going. How can we know the way?”

I confess, perhaps to no one’s surprise, that this is exactly how I feel sometimes. When I focus on the news and social media, on the latest outrage of the mainstream media, I get disoriented and pessimistic. When I focus on the struggles and challenges of my personal life, my vision gets blurred.

But do you remember Jesus’ answer to Thomas? It’s like a spiritual balm that soothes my soul in the deepest sense. “Jesus said to him, ‘I am the way, and the truth, and the life. No one comes to the Father except through me.’”

“I am the way,” Jesus says.  He, the man, the person, Jesus Himself is the way. He is the stake in the ground. He is what we know is real and true. He is what we must get back to.

I know the human temptation is to think of this as some sort of deeply spiritual and philosophical point too high for mere mortals to comprehend. And perhaps there is some truth to that at one level. But at another level, at the level Jesus showed us, to go to Him is incredibly practical. When we go to Him, we find teaching upon teaching that will reorient our entire lives.

Jesus’ parables are about real life, with real practical applications as to how we are to act towards God and toward others.  They apply to our personal and public lives. They apply to policy and the structures of our society.

So, in 2018, let us take ahold of Christ and His teachings. Let us reject the smoke screens of this world with their false promises and hold on to what we know is truly real. Clinging to His words, we will move through 2018, not disoriented and perplexed, but with full lucidity and prophetic vision. That is what we need. It is what our country and, indeed, the world needs: salt and light.