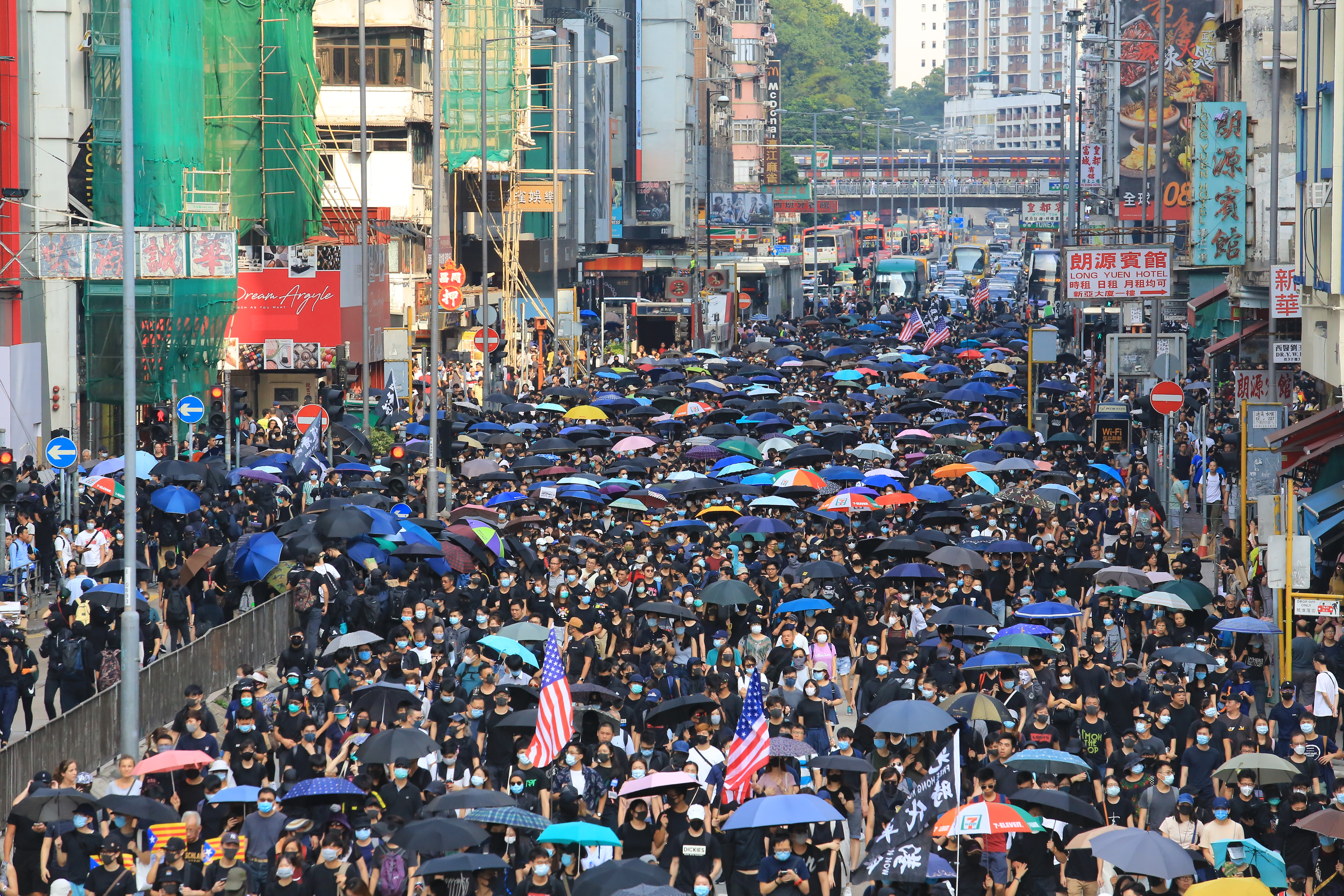 Last Sunday, 800,000 protestors took to the streets of Hong Kong, the largest pro-democracy demonstration yet. The number of demonstrators has steadily increased since the start of the protests six months ago with no sign of slowing down. This movement is so significant that despite ongoing trade negotiations with China, the Trump administration entered the fray to ensure China respects Hong Kong’s autonomy and fundamental right to protest.

Protests began in June in response to a new Beijing-backed extradition law that would have allowed people arrested in Hong Kong to be imprisoned in China. The first couple months of protests were peaceful and extraordinarily respectful, as demonstrators apologized to those inconvenienced by facilities closed due to the protests, even moving out of the way to allow emergency vehicles to maneuver through the massive crowds. They sang “Sing Hallelujah to the Lord” as their anthem.

Momentum swelled as a record number of people came out to vote in Hong Kong’s local elections in November despite the increase in police force and violence, including the shooting of two protestors. An astonishing 452 local seats flipped from pro-Beijing to pro-democracy officials, a significant and peaceful victory. Chinese President Xi dismissed this as “window dressing,” but it is impossible to ignore. The election could very well be a bellwether of changing times.

As Hong Kong protests and China waits, the United States is acting. President Trump signed into law Sen. Rubio’s (R-Florida) bill supporting the protestors and creating a U.S. congressional oversight mechanism to ensure China does not violate its agreement for Hong Kong to have autonomy at least until 2047.

Predictably, China was not thrilled. In response, the Chinese foreign minister Hua Chunying said China would no longer review requests for U.S. ships and aircraft to stop in Hong Kong.

To be clear, China generally does deny these requests; they are just announcing they won’t even look at the requests. This is more bark than bite.

Hong Kong is a Chinese territory that is supposed to have its own autonomous government. In 1997 the U.K. handed Hong Kong, its then colony, over to China under the agreement of “one country, two-systems” for the first 50 years. It is unknown what will happen after the year 2047.

The watching world exposes and puts a check on China. Between Beijing-backed police increasing violence towards protestors in Hong Kong and the concentration camps of around 1 million Uyghur Muslims, China’s violations of human rights are egregious and in the limelight.

Secretary Pompeo’s formation of the Commission on Unalienable Rights provides another mechanism by which China can be held to account. The commission’s purpose is to ground U.S. foreign policy on human rights in American’s founding principles of individual liberty. While the Commission is advisory, it will also help create a standard by which to measure the nations, exposing those, like China, who provide pseudo rights to veil their egregious violations of human rights.

Though the extradition law has been withdrawn, Hong Kong’s hunger for liberty has only grown. The world watches to see what action, if any, China might take. In the chaos one thing is clear, the United States stands with the people of Hong Kong as they fight for freedom.