Editor’s Note: A version of this article was published by Fox News. Click here to read it. 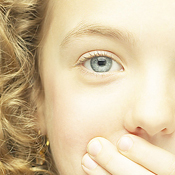 Our children experience the brunt of American society’s inaction against pornography every day. Technology makes this dangerous material so easy to access that those who do not come into contact with it are the exception, not the rule. The Internet has been especially harmful in this area. Children can access pornographic material through their personal computers, laptops, notebooks, iPods, iPads and cell phones. — Even kids not looking for it are accidentally exposed. (This happened to a close friend’s son on the school bus via another child’s iPod Touch.)

Parents were not alone in fighting this “pornographic boom” back in 2005. The Bush administration was vocal about its opposition to this expansion, and they did everything in their power to protect children and work with parents to stop this madness. In 2007, ICANN squashed the idea.

But this week, President Obama is concerned about another type of madness: March Madness. His administration’s silence on the issue has been nothing but a tacit endorsement of this pornographic expansion, regardless of the harmful consequences.

Responsible parents already know how harmful this material is, and the research backs it up. Michael Flood, a respected Australian researcher, concludes, “[T]here is consistent and reliable evidence that exposure to pornography is related to male sexual aggression against women,” for example. The American Psychological Association Task Force on the Sexualization of Girls 2010 report says, “Ample evidence indicates that sexualization has negative effects in a variety of domains, including cognitive functioning, physical and mental health, sexuality, and attitudes and beliefs.”

The avalanche of pornography in our culture is a significant factor in many of the social problems we see today, including sexual and violent crimes, divorce, cohabitation and the objectification of women, among many others. But apparently those are not enough for President Obama to be engaged in this battle to protect our children.

The fact that a large portion of this material is actually illegal obscenity is also apparently not persuasive for the President and his administration. The Supreme Court has said that “obscene material is not protected by the First Amendment” and “such material can be regulated by the States, subject to the specific safeguards.”

But the federal government has practically abandoned obscenity prosecutions, and now it stays silent as the material continues to expand as a virus, consuming our society from within.