West Virginians: Take a Stand to Save America! 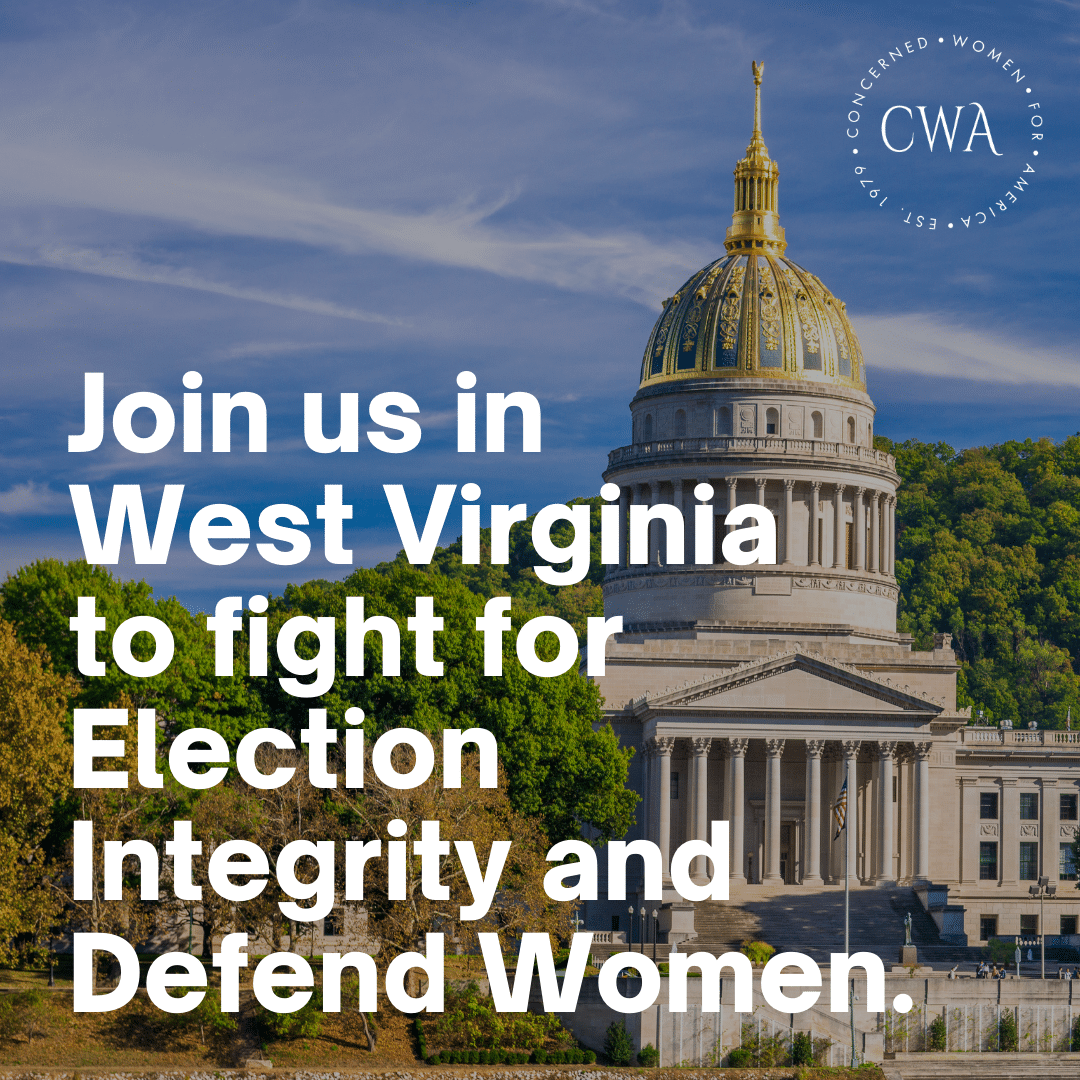 This Saturday, March 20, Concerned Women for America (CWA) encourages you to join forces with our fellow patriots in West Virginia to send a clear message to Sen. Joe Manchin!

Sen. Manchin needs to oppose the Corrupt Politicians Act (H.R. 1/S.1), which is a federal power grab over our elections that will shatter Americans’ confidence in election integrity. The bill passed the Democrat-controlled House on a near party-line vote and now moves to the Senate.

Sen. Manchin also needs to oppose the so-called “Equality Act” ( H.R. 5/S. 393). The “Equality Act” (H.R. 5) passed by the House overrules the truth about being created male and female and must be stopped. The bill now moves to the Senate.

Sen. Manchin has the opportunity to do the right thing and stand up for America against these egregious bills. Come to the Capitol in Charleston, West Virginia, to send Sen. Manchin a clear message that we oppose H.R. 1/S.1 and H.R. 5/S.393, and so should he.

There are bus pick-ups in North Carolina, Ohio, Pennsylvania, Virginia, and West Virginia. Click here for bus pick-up locations and to RSVP for a seat on the bus.

This event is hosted by the West Virginia Family Policy Council.