We must stand for Cuba Libre 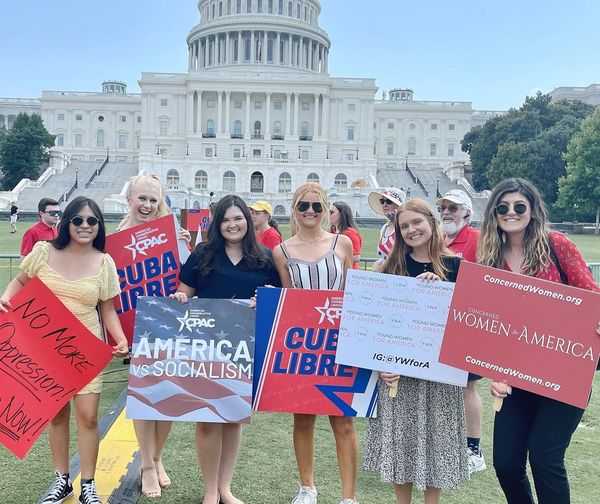 We must stand for Cuba Libre. As the world’s model for a truly free nation, America’s silence amid the outcry from the Cuban people is deafening.

Cuba’s communist regime has suppressed its people in extreme poverty and misery for 62 years. Even worse than the poverty and misery is the regime’s suppression of their most basic, fundamental freedoms, including religion, speech, association, and movement. Citizens in Cuba are not treated as people but as objects at the service of their government.

For many years, I traveled to Cuba to help priests in their mission to spread the Gospel. While there, I was immersed in the reality of what the Cuban people face every day. Their reality: breakfast is coffee made from peas, not beans; their clothes are whatever we discard; it is a crime to eat meat, and hospitals don’t have plates or glasses to feed the ill. Their reality is truly heartbreaking.

Today the Cuban people are saying enough is enough. United as one nation, they are taking to the streets demanding a better life for themselves.

Those who pretend to know Cuba’s reality are blaming the U.S. economic embargo as the reason for the inhuman life Cubans are facing. Black Live’s Matter’s recent statement squarely places the blame on the United States. White House Press Secretary Jen Psaki was unwilling to even say the c-word (communism) in a recent press conference. Instead, she said the Cuban people were protesting “the mismanagement of government.”

Despite all of these transgressions against their own people, Cuba still has a seat on the United Nations Human Rights Council and gets defended by oblivious leftists who cannot see past their desire to bring these disastrous policies to America.

In truth, the only one to blame for the situation in Cuba is the totalitarian government whose sole interest is to keep power and control over their people, using them as instruments to lift up a regime they hope to spread worldwide.

It is more than time for the free world to stand with Cuba, raising our voices and prayers for the end of a cruel, inhuman regime and for the recognition of their most basic, fundamental freedoms.  #SOSCuba #CubaLibre