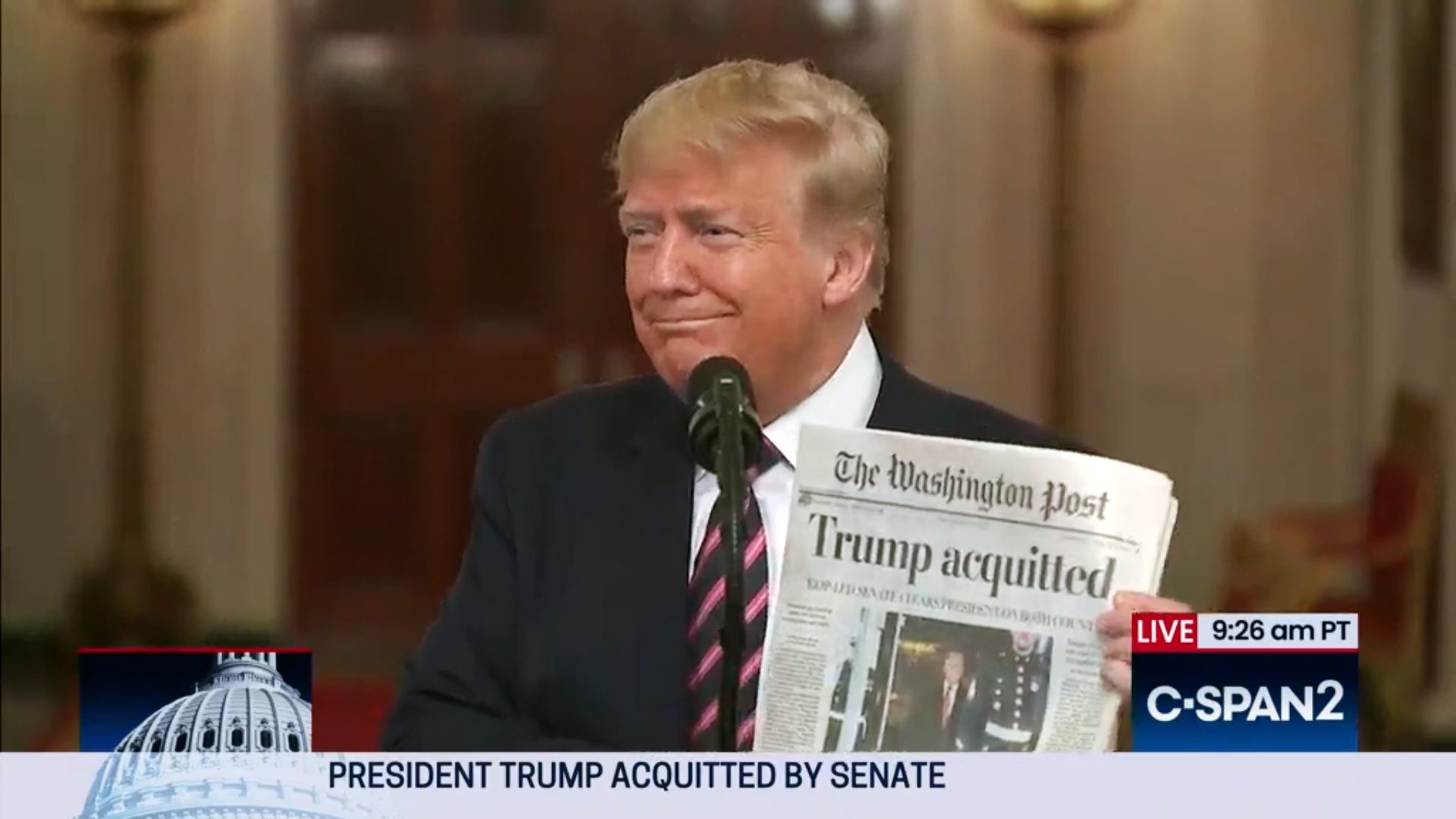 It was a stark contrast to go from President Donald Trump’s inspiring State of the Union Address (SOTU) back to the fake impeachment circus. As Penny Nance, CWA’s CEO and President, noted it was anticlimactic and underscored just how much time, effort, and taxpayer money went into this pitiful effort.

The Democrats needed 67 votes on each count to convict the President of the dubious charges, and they did not even come close to accomplishing their goal. The vote on Article I: Abuse of Power was 48-52, finding President Donald Trump not guilty. And the vote on Article II: Obstruction of Congress was 47-53 to acquit.

The only surprise was to see Sen. Mitt Romney’s (R-Utah) disappointing decision to vote in favor of convicting the President for “Abuse of Power.” You will read much commentary on what could be behind his personal motivations. I will refrain from making that judgment.

But I will say his public explanation is unconvincing. He has seen the exact same evidence we have seen. The phone call said nothing about the aid being tied to the investigation. Ukraine got the money. And there was no investigation.

On the other hand, Sen. Romney overlooked the indisputable evidence of corruption in Ukraine, having to do with Burisma (the infamous oil and gas company) and Hunter Biden. Not only that, but he needed to look the other way to the apparent motives of the people he was joining to try to convict the President. They made their motives clear from the very first day the President was elected and continued calling for his impeachment for this reason or that.

Add to that the serious due process violations against the President on this rushed investigation (the shortest in history), and it is simply hard to see how Sen. Romney fell for the Democrat’s malicious ploy. Whatever the case, he might be sincere in his assessment, but he is sincerely wrong.

Sen. Romney knows that the evidence was not enough. That is why he voted to allow for more witnesses last week. The impeachment case against the President simply did not rise to the constitutional standard, and that is why we should be celebrating today’s overwhelming verdict of “not guilty.”

By vindicating the President and condemning this sham process, the U.S. Senate has proven correct the Founder’s wisdom in setting up the constitutional system of checks and balances that prevent such nakedly partisan efforts to remove a president for policy differences.

Today is a good day for our Republic then; even though we must admit that the Democrats’ (joined by Sen. Romney) malicious efforts have left some serious scars that will surely surface again if not properly treated.

I propose we join the President in looking forward with hope and faith in Almighty God. As he concluded his SOTU, “Our spirit is still young; the sun is still rising; God’s grace is still shining, and my fellow Americans, the best is yet to come!”

With faith and hard work, you and I can make that a reality. Impeachment done; 2020 here we come.