There is a Darkness Growing in New York 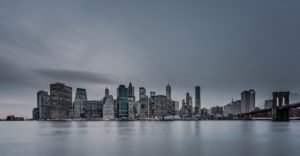 By now you have probably seen the video (below) of the New York State Senate cheering the “Reproductive Health Act” which would effectively allow abortions up to just before birth. It is heartbreaking. This is not just the sentiment of a few legislators either. It is a direct reflection of the majority of the people of New York. Their elected officials consistently reflect the condition of their hearts. Recall that New York City discovered in 2012 that more African American babies were killed by abortion (31,328) than born (24,758). From that experience, they’ve emerged with a desire to expand abortions.

I first came across the video with a comment from Benjamin Watson, the NFL player who is a courageous voice for life in our day. He commented, “It is a sad and evil day when the murder of our most innocent and vulnerable is celebrated with such overwhelming exuberance. We SHOULD be supporting and encouraging the building of families which are fundamental to any society. By not doing so, we invite consequences untold.”

It is a sad and evil day when the murder of our most innocent and vulnerable is celebrated with such overwhelming exuberance.

We SHOULD be supporting and encouraging the building of families which are fundamental to any society.

By not doing so, we invite consequences untold https://t.co/LOBRM0O2D5

He captured well in just a tweet what I felt as my heart broke for the people of New York. I pray that God may have mercy on them, that they may feel the evil that has taken hold of their hearts and minds, so they might turn and repent from their ways.

The worst of consequences for New York would be to be left to their own devices and continue to think of themselves as the best of the best. To continue to be blinded by the big billboards and the lights, its celebrities, and big sporting events. Underneath the glamour, there is a deep sadness to this city. A spiritual sadness. People who can barely make it each day. They are crying out for help only to hear the reflection of their own voices on the busy bodies walking pass them.

I pray for the New York Church. I pray that they might shine brightly in the middle of increasing darkness. I pray this news presents a moment of self-reflection. I pray they cry out in unison for God’s discipline, for that would be a great mercy. Like a loving father, the Lord disciplines those whom He loves (Hebrews 12:6). There are those whom God gives up to follow their own appetites, “to do what ought not to be done,” says the Apostle Paul (Romans 1:28). This is the worst of scenarios.

Those of us outside the state must also be diligent to stand up and raise our voices for these children who cannot speak for themselves (Proverbs 31:8). To speak of the people of New York is in many ways to speak of us, wherever we are in America. Paul warned not only those who practice these evil deeds but of those who “give approval to those who practice them” (Romans 1:32). Let us never be accused of approval because of our silence. May we never be seen as those who would sacrifice justice and mercy for the unborn on the altar of personal comfort.

Let us resolve to speak ever more boldly for the unborn in New York and wherever we are. Let us recommit our efforts to support women in crisis pregnancy and to love each person at every stage of life for their intrinsic value, as created in the image of God.