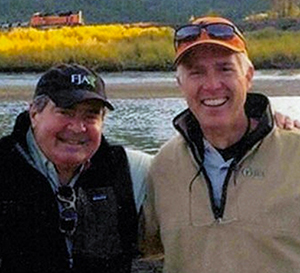 Time waits for no one. One year ago today, the great Supreme Court Justice Antonin Scalia passed away.  His absence in the Court has been noticeable, and yet, his legacy continues to influence our judicial system in very significant ways.

It is a great testimony to his legacy that, as we look for his replacement at the Supreme Court, the highest compliment we can pay is to say we want someone that is “Scalia-like.”

This was the promise President Donald Trump made during the campaign trail that got him so much support from the conservative base.

Now he has followed through in that promise by nominating Judge Neil Gorsuch of the 10th Circuit Court of Appeals.

Judge Gorsuch espouses the same type of commitment to the text of the Constitution and the limited role of a judge.  They both approach the judicial role with a certain humility that gives deference to the other branches of government and allows for “We the People” to struggle through the difficult issues and policies we want to adopt.

This is good for our judiciary and vital for a healthy constitutional republic as ours.

Judge Gorsuch has shown great respect for Justice Scalia throughout his career.  He spoke very movingly at his announcement at the White House, saying, “Justice Scalia was a lion of the law. Agree or disagree with him, all of his colleagues on the bench shared his wisdom and his humor. And like them, I miss him.”

It was a powerful moment, considering also that the widow of Justice Scalia was present for the solemn occasion.

It would be worth your time to watch his full speech at Cave Western Reserve University School of Law, titled “Of Lions and Bears, Judges and Legislators: Some Reflections on the Legacy of Justice Scalia.”

Judge Gorsuch’s embrace of Justice Scalia is a great testimony to his judicial acumen, and we can only hope that it helps to promulgate the idea.  A Supreme Court, indeed a judicial branch, full of Scalia-like judges might just be the thing that can help us return to the founding principles that established our nation as the freest in history.