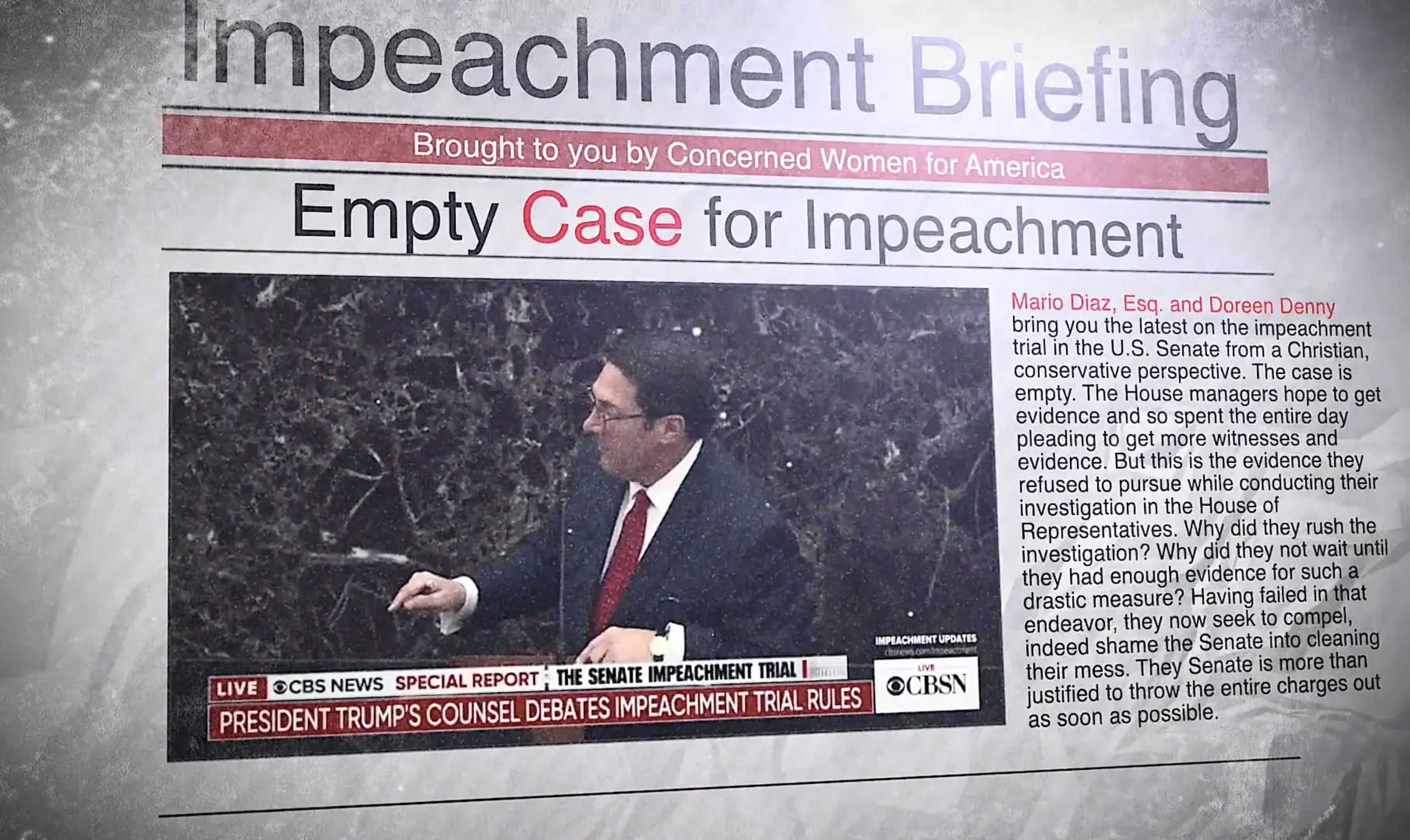 The rhetoric certainly remained at a high pitch. But on day two of the impeachment trial of President Donald Trump, the Democrats have, once again, failed to meet the clear constitutional threshold to remove a president of the United States. Opening statements for the House managers began today, and we heard virtually the same arguments we’ve heard all along.

The impeachment case is empty. The evidence presented does not support their claims. One must read into the evidence some imaginary nefarious motive which they are all too willing to do in order to make any sense of it. And even then, the legal case is still in shambles.

This is, of course, why they are spending so much time trying to acquire new evidence. No reasonable person could vote to impeach a president under these set of circumstances. But their irresponsible rush through the House proceedings is their blunder, not the Senate’s. Wishing there would be more evidence does not make it so. The Senate is under no obligation to go on such a fishing expedition.

The fact is that the President released the phone call in question, and it said nothing about tying aid to anything. The President called for an investigation into corruption that had been highlighted by numerous news organizations. Ukraine received the money without any action on their part.

Those are the plain facts. Pair that with the uncontested fact that Democrats swore they would impeach this President from the moment he took office, and one must conclude this is not a serious investigation. Senators, from both parties, should reject it outright.

Watch the video below for a recap of Day 1: