You Made the Difference! Casino Bill Dies in Committee. 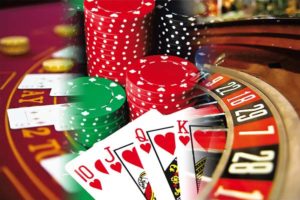 Your voice made the difference!  Thank you! We are cautiously optimistic that the effort to pass casino legislation in 2017 has failed.  There are still fourteen days left in the legislative session, and you can be assured that CWA of Georgia will be keeping our eyes open for legislative maneuvering to move the casino legislation forward.

SB 79, the casino bill, is no longer on the Regulated Industries and Utilities Committee hearing agenda for this coming Monday, February 27. Let’s keep it that way! The bill sponsor, Sen. Brandon Beach (R-Alpharetta), is trying to modify the bill enough to persuade senators to support the bill. Read all about the “goodies” here.

In the first eight days of Georgia’s 2017 state legislative session, three bills have been introduced that will expand predatory gambling in Georgia, if passed. CWA of Georgia is lobbying aggressively on your behalf to stop the bills in their tracks.  Your voice is vitally important to the success of stopping the expansion of gambling in the state.  See our action alerts and call for prayer below.

The threat of state-sponsored predatory gambling via casinos is once again knocking at our door in Georgia.  Sen. Brandon Beach (R-Alpharetta) and Rep. Ron Stephens (R-Savannah) have filed their respective casino bills. SB 79 and HB 158, both named the “Destination Resort Act”, would allow up to two resort-style casinos to operate in Georgia under the governance of a newly created Georgia Gaming Commission.

You will pay even if you don’t play.

Status on SB 79: SB 79  was heard in the Senate Regulated Industries and Utilities Committee on Thursday, February 9, 2017 but not vote was taken.  Action item:  If you have contacted the members of the Regulated Industries  and Utilities Committee, please contact them again and urge them to OPPOSE SB 79, the casino bill. In addition, contact your state senator and urge him or her to oppose SB 79.  Click here to find your state senator.

Download these resources and educate others on why casinos are bad for Georgia.

Pray that the hearts of the representatives be softened toward righteousness and that they seek God’s wisdom and guidance on the issues that greatly impact Georgians and their families.

Thank you for your faithful prayers and action.  They make all the difference.

Read CWA of Georgia’s Fact Sheet on the reality of tribal casinos should the state legislature pass casino gambling in Georgia.

Praising God for a mighty victory in the Georgia legislature. The efforts to expand predatory gambling via casinos were stopped for this year! The Lord moved on our behalf through work of a coalition of faith-based organizations and concerned citizens who made their voice heard through an incredible number of phone calls and emails.

A group of intercessors lead by Teresa Cantrell spent several hours at the Capitol praying over the gambling and religious freedom bills.

Prayer does move the hand of God.