By Patrina MosleySeptember 5, 2014Blog, News and Events, Support for Israel 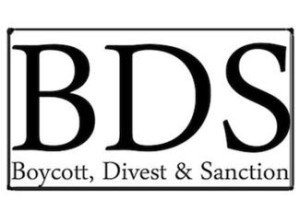 Over 100 scholars and university professors here in the U.S and abroad have recently committed themselves to the academic boycott and divestment of Israeli institutions, according to Jadaliyya, an Arab Studies Institute publication.  Known as the BDS Movement (boycott, divestment, sanctions), proponents are gaining more and more traction, undermining Israel’s prosperity and cultivating its isolation from the rest of the world. These scholars are calling “for an end to Israel’s bombardment of Gaza.” They have pledged to reject any collaboration on projects and events at Israeli institutions, not to publish in academic journals based in Israel, and not to teach or attend conferences or events at Israeli institutions.

The AMCHA Initiative has also published a list of academic signatories to a BDS statement letter. These individuals have chosen to ignore truth and fail to mention the fact that Gaza is controlled by Hamas, which in its charter pledges to annihilate Israel and says that Israel has no legal right to exist nor to defend itself against numerous terrorist organizations, including Hezbollah, ISIS, and the PLO, which surround it on every side.

Parents, teachers, students, and alumni, you can take a stand! These professors and scholars are so bold in opposing Israel; why aren’t we as bold in our support of Israel?  Look at the list of schools in the links below. See if the institution your child attends or you attend/attended is a part of this pledge. Condemn this movement that wants to move Israel, a country with democratic values and academic freedom, further and further into isolation.  Write letters to the presidents of the institutions and make them aware of the shameful, totalitarian mindset from members of their staff. Remember, these academic supporters are teaching our youth and are perceived as leaders and experts in their individual fields of study. This is how they are leading. This is what they are teaching.  It is sad, despicable, and scary.