Reflections on the National Day of Prayer

On May 7, 2015, thousands of “official” events occurred around our great nation, and I am sure many “unofficial” events took place as well. I had the privilege to attend one of each. This year’s theme was Lord, hear our cry. I Kings 8:28 “Hear the cry and the prayer that your servant is praying in your presence this day”. 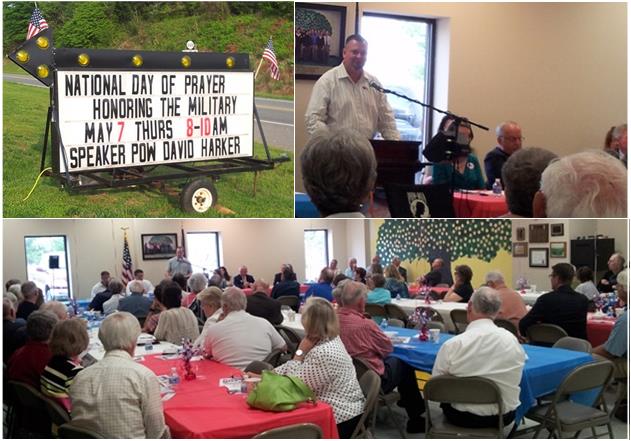 The day started out with my husband and me attending an event at the Goode Rescue Squad building in Goode, Virginia. This event has been sponsored by the Goode Rescue Women’s Auxiliary Club for the past five years. Thanks go out to Cheryl and Brenda for doing a great job not just for a well-organized event but an inspiring one as well. Special music was provided by Gary Witt, and David Stokes made a special presentation to a WWII veteran. Area pastors prayed over our government, military, education, business, media, churches and families. The keynote speaker was David Harker, a Vietnam veteran who was a POW for over five years. He was captured on January 8, 1968, and was not released until March 5, 1973. His faith in God and other POW’s were instrumental in him surviving. “God sent me the assurance in the face of the enemy on the battlefield” when Philippians 1:21 came to his mind, “For me to live is Christ and to die is gain”. Unknown to him at the time his dad, a committed believer, was praying Psalm 91 over David. David assures us that God listens, hears and will answer. 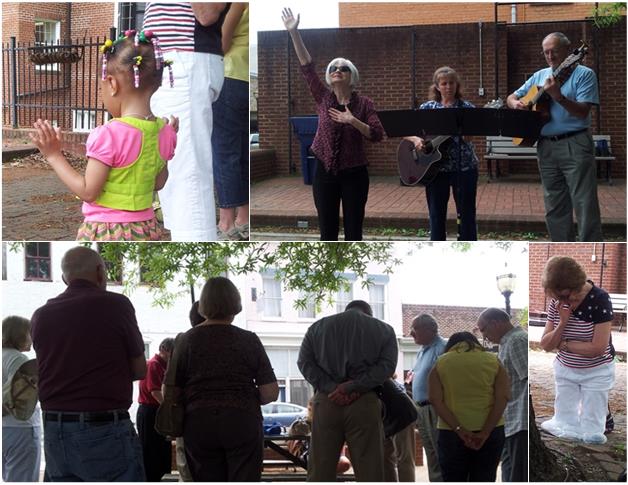 My next stop was less advertised with only a couple dozen in attendance but none the less inspiring. These individuals are the ones you want on your prayer team! As the event began with music, a little girl perhaps four or five years old danced to the front, and once again I was reminded of Matthew 18:3 “And he said: Truly I tell you, unless you change and become like little children you will never enter the kingdom of heaven”. This little girl appeared to be looking up and mimicking an adult nearby. However, as I watched her lift her hands, close her eyes and whisper a prayer, this was not just mimicking this was true worship! Oh, that we adults would learn that our daddy wants to hear from us in this kind of worship.