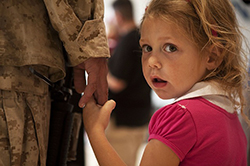 On November 11, millions of Americans stay home from work and school to remember and honor the veterans of the U.S. Armed Forces. However, it’s a day that is so much more than simply a day off from work or school. It’s a day to reflect on the sacrifices of millions of servicemen/women and their families for our great nation. It’s a day to be mindful of how without these servicemen of today and the past, we would not have the freedom and prosperity we enjoy today.

Veterans Day as it is known today originally began as Armistice Day, marking a cessation in the fighting on the 11th hour of the 11th day of the 11th month of 1918. Three years later, Congress declared the day a federal holiday to honor those who had served in the war. Just five years after that, Congress passed a resolution that November 11 “should be commemorated with thanksgiving and prayer and exercises designed to perpetuate peace through good will and mutual understanding between nations.” After World War II, the name was changed from Armistice Day to Veterans Day to include and honor veterans from every war.

There are over 21.8 million veterans of the U.S. Armed Forces. Their sacrifices don’t end with the time they spend serving in the military; their service affects the rest of their lives, too. Up to 20 percent of veterans who return home from Iraq and Afghanistan come home with symptoms of Post-Traumatic Stress Disorder (PTSD). Twenty-two veterans commit suicide every day — a statistic that is truly heartbreaking.  Despite the fact that veterans own nine percent of small businesses, 77 percent of veterans have trouble finding a job after their service, and the average unemployment for post-9/11 veterans is significantly higher than the average for unemployed civilians.

How can we reach out to those soldiers and support and honor them, not just on Veterans Day, but every day?

1) Employ veterans and be encouraging to employees interested in joining reserve units or the National Guard.

3) Thank a veteran. As a society, we often forget to say “thank you,” especially to soldiers. A simple “Thank you for your service” is a great way to appreciate veterans on a personal basis and show support.

While not every veteran deals with health issues, physical injury/wounds, or re-entry into the private sector, every veteran does deserve appreciation and support. It is so important to recognize them even if it means going out of your way or forcing yourself into an uncomfortable situation by thanking a total stranger for their service.

On this past Veterans Day, I hope you were able to honor and appreciate our veterans. I hope, upon reflection, that you’ll join me in expanding personal support to our veterans beyond just one day a year and continue it every day. Just as soldiers don’t only serve one day a year, neither should we only appreciate them one day a year.

On Veterans Day and every day, thank a veteran. Walk up to them, shake their hand, look them in the eye, and thank them for their service and sacrifice. Appreciate all they have done to keep our freedoms safe.