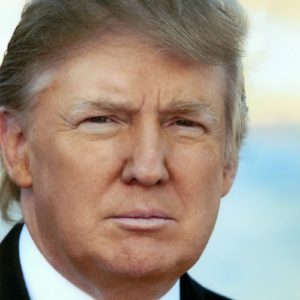 A busy night here at Concerned Women for America’s (CWA) Headquarters where we have decidedly committed this election to prayer.  Great comfort and peace comes from that, no matter the outcome.

But Donald Trump winning the presidency surely represents some good news for Christian conservative voters, even as some concerns remain.

The radical, pro-abortion policies of Hillary Clinton have been rejected by most Americans.  This is great news!  The Democratic Party has become so rabid about their abortion promotion that they are pushing to force everyone in America to support abortion with tax-payer funding.

The repudiation of Obamacare is also reason to celebrate.  The crushing burden President Obama’s “Affordable Care Act” has become for families, with premiums doubling and sometimes tripling, while coverage decreased, has been painful to see.  Not to mention the collapse of the exchanges we continue to see almost daily.

The contentious future of religious liberty also looks brighter because of President Elect Trump.  There is no question that President Obama and Hillary Clinton had declared open war against people of faith, churches and pastors, especially as it relates to the issue of same-sex marriage and transgender rights.  Trump on the other hand has repeatedly asserted his desire to respect our First Amendment religious liberties by enacting laws that consider all sides of the debate.

There is also no question that President Elect Trump has surrounded himself with some very good people that have been committed Christian conservatives for many years and much hope comes from knowing that they will be advising him on day to day matters.

Most of all, we can rejoice over the future of the Supreme Court.  Not that we can be certain that a Trump appointee will turn out to be the next Justice Scalia, but the names he had put forth and his whole approach to the issue is nothing short of ideal.

As we have said repeatedly, not only is Justice Scalia’s replacement the first order of business for President Trump, but it is likely that President Trump will appoint two or three more Supreme Court justices.  This will be unbelievably important because these judges will continue to affect decisions for many, many years after the president is gone.

We at CWA, of course, are taking nothing for granted and will commit to work with the new President to make sure these conservative policies and many more will be enacted.  We will continue to be your voice to encourage and hold all our elected officials’ feet to the fire.

And we are committed also to bring unity in our land.  To serve as agents of healing and restoration among Christian conservatives that just went through a very divisive election season.  Donald Trump’s win does not mean open season to mock and malign brothers and sisters who opposed him for one reason or another.

This is a time to come together, not only as Christians and conservatives, but as Americans.  The country is incredibly divided, and it should be our burden to try to bridge that gap and extend the hand of brotherhood to our neighbors.

Enough of the politics of division, race baiting and “ends justify the means” approach that have driven our discourse for some time now.

Let us rise above it all.  We intend to lead in this regard.

We intend to rise above a discredited media that lost all pretense of objectivity and reasonability throughout this election season.  It is up to us to demand a more civil dialogue.  We commit to respect and yes, even love, of our neighbors as ourselves.

Our prayer is that we are able to come together for the good of the nation.  That we may help each other, as iron sharpens iron, to bring the best in each of us.

We remain committed to prayer as we move forward.  For we know we can do nothing apart from God, and it is only through Him that we will be able to triumph over the incredible challenges the lie ahead.