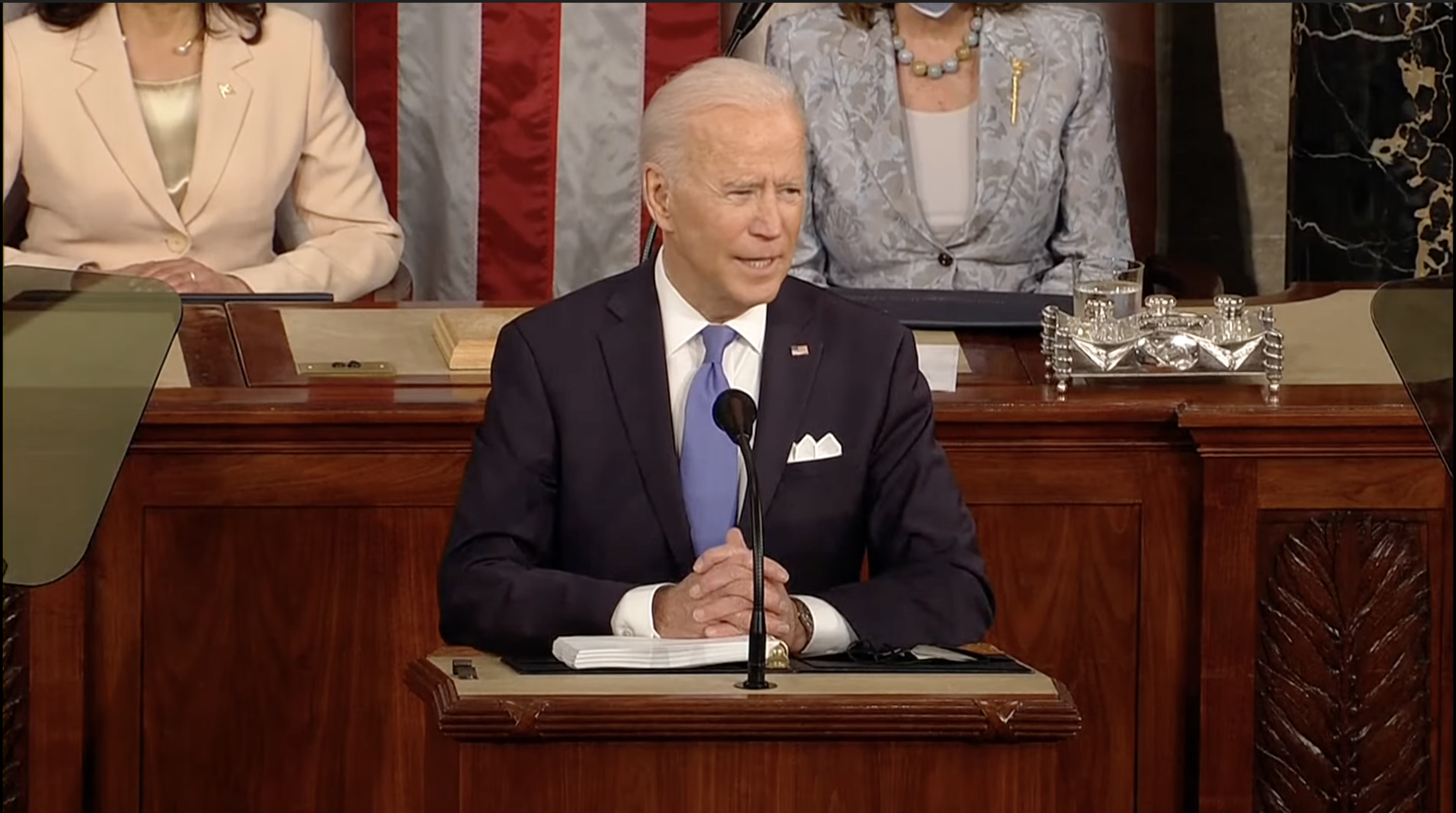 It was supposed to be President Joe Biden’s big night as he delivered his first address to Congress last night, but it was Sen. Tim Scott who delivered light through his hope-filled response. If you did not get a chance to hear it, I urge you to take a moment.

This is the message the country needs at this moment.

We are not adversaries. We are family! We are all in this together. And we get to live in the greatest country on Earth. The country where my grandfather, in his 94 years, saw his family go from cotton to Congress in one lifetime.

So I am more than hopeful — I am confident — that our finest hour is yet to come.

Original sin is never the end of the story. Not in our souls, and not for our nation. The real story is always redemption.

Amen! That is the truth. While President Biden continued to lean in on our divisions, to strengthen his political position further, Sen. Scott focused on our blessings, even ending by proclaiming one over our nation:

I am standing here because my mom has prayed me through some very tough times. I believe our nation has succeeded the same way. Because generations of Americans, in their own ways, have asked for grace — and God has supplied it.

So, I will close with a word from a worship song that helped me through this past year. The music is new, but the words draw from Scripture.

[May] the Lord bless you and keep you,
Make His face shine upon you
And be gracious to you.
May His presence go before you,
And behind you, and beside you.
In your weeping and rejoicing,
He is with you.
May His favor be upon [our nation] for a thousand generations
And your family … and your children …
And their children.

It was a stark contrast. While President Biden continued to malign those who disagreed with him, even continuing his pernicious mischaracterization of conservatives’ election integrity efforts, Sen. Scott tackled the issue with dignity and sincerity.

A hundred years ago, kids in classrooms were taught the color of their skin was their most important characteristic — and if they looked a certain way, they were inferior.

Today, kids again are being taught that the color of their skin defines them — and if they look a certain way, they’re an oppressor. From colleges to corporations to our culture, people are making money and gaining power by pretending we haven’t made any progress. By doubling down on the divisions we’ve worked so hard to heal.

You know this stuff is wrong. Hear me clearly: America is not a racist country.

It’s backwards to fight discrimination with different discrimination. And it’s wrong to try to use our painful past to dishonestly shut down debates in the present.

But today, this conversation has collapsed. The state of Georgia passed a law that expands early voting; preserves no-excuse mail-in voting; and, despite what the President claimed, did not reduce Election Day hours.

If you actually read this law, it’s mainstream. It will be easier to vote early in Georgia than in Democrat-run New York. But the left doesn’t want you to know that. They want people to virtue-signal by yelling about a law they haven’t even read.

Fact-checkers have called out the White House for misstatements. The President absurdly claims this is worse than Jim Crow. What is going on here?

This misplaced outrage is supposed to justify Democrats’ sweeping bill that would take over elections for all 50 states; send public funds to political campaigns you disagree with and make the bipartisan Federal Elections Commission partisan!

This is not about civil rights or our racial past. It’s about rigging elections in the future.

Sen. Scott also called liberals out, including the President, for their reckless and untruthful characterization of the filibuster.

And, no — the same filibuster that President Obama and President Biden praised when they were Senators, that Democrats used just last year, has not suddenly become a racist relic just because the shoe is on the other foot.

Race is not a political weapon to settle every issue the way one side wants.

His focus was on common ground and common sense. And he exposed how the liberals’ increasing radicalism on issues that should unite us is hurting our country.

The President is abandoning principles he held for decades. Now, he says your tax dollars should fund abortions. He’s laying groundwork to pack the Supreme Court.

This is not common ground.

On issue after issue, he showed that common sense and common ground should be possible. Yet, it is continually being rejected by a hyper partisan Administration that seems to believe the national divide benefits them. His words on education were yet another inspiring example.

Locking vulnerable kids out of the classroom is locking adults out of their future.

Our public schools should have reopened months ago. Other countries did.

Private and religious schools did. Science has shown for months that schools are safe. But too often, powerful grown-ups set science aside. And kids like me were left behind.

The clearest case for school choice in our lifetimes.

I conclude by asking you to pray for Sen. Scott. There is no question he stole the spotlight and delivered the message the country deserved today. And you can bet that the left will hate him for it. Let us pray that his light may only increase in the months and years ahead.