Pray for Peace of Jerusalem

Concerned Women for America of Iowa members Diana Cummins Bates and I were able to attend the American Israel Public Affairs Committee Policy Conference (AIPAC) March 1-4, 2014. The conference this year centered on the idea that Israel is not just a Jewish issue; it is an American issue. AIPAC is building outreach programs with Christians, African-Americans, Latinos, and various other groups. The conference started out with a welcome dinner for the Christian Outreach delegation, where I was able to share on a panel the importance of Christians standing for Israel. Israel needs our support more than ever as they are under a constant threat of attack with enemies on every border. It is estimated there are 170,000 rockets directed at them at the present time.

As part of my testimony, I shared an experience from my trip in January with the American Israel Education Foundation that was imprinted on my heart. I saw firsthand the reality of the threats against the people of Israel every day and how the people of Israel did not let these threats get them down, but worked to find a solution to protect their people, which resulted in the deployment of the Iron Dome and Arrow system. I saw firsthand Israel’s borders and realized the close proximity to their neighbors, and I saw the security measures they have had to undertake to help provide safety in the everyday life of their people. The trip showed me firsthand the passion of the people — each speaker and each Israel Defense Force soldier, every government official, teenager, father, mother, advisor, our guide, and our AIPAC hosts. We heard their passion — their passion for the future.

The trip completely cemented my support for Israel. While I was there, rockets were fired from the Gaza strip into Israel. There was not a huge media response; it was another day in the life of an Israeli citizen. We were told our agenda had been changed a bit because of the rockets. We were to go to Ashkelon, but AIPAC decided that was not safe, so we went to Sderot, which has been the target of Qassam rocket attacks from the Gaza Strip since 2001.

Sderot is located less than a mile from Gaza (the closest point is 840 m). Rocket attacks on the city have killed, wounded, caused millions of dollars in damage, and intensely disrupted daily life. Studies have found that air raid sirens and explosions have caused severe psychological trauma in some residents.

Going to Sderot changed my life. As we drove into town, we noticed many strong fortified bus stops that were also bomb shelters. Our guide shared that each bus stop was strategically placed 15 seconds from one another. Here is a picture of a little boy sitting at the bus stop. I thought this could be my son, my grandson, a student of mine. It struck me that bombings and the sounds of raid sirens are his way of life.

Who will advocate for these little ones?”

They took us to a huge indoor playground which was a fortified bomb shelter that housed a preschool called the big blue box. I looked at the faces of these children and thought they could be my children, my grandchildren, or my students. I have taught preschool. I thought if they were mine, I would want to know someone was advocating for my children to have the promise of safe and beautiful future! So I want these children and their parents, their grandparents, and their teachers to know I am here to stand in the gap for them and share with our Members of Congress that their support today is for a brighter future for all the children of Israel.

Prime Minister Benjamin Netanyahu closed the conference and declared that “no country on earth is more pro-America than Israel” and described the partnership between the two countries as the “most precious alliance on earth.” Click here to read some quotes from his speech. 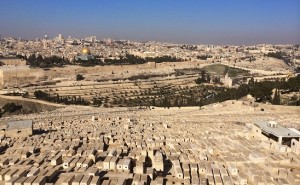 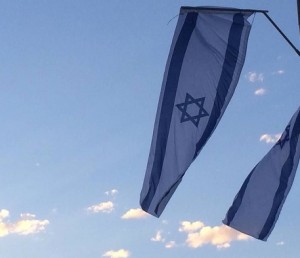 As Christians, we are called to pray for the peace of Jerusalem (Psalm 122:6). This call is also a call to be politically engaged and build relationships with our representative and our senators to promote the relationship between the U.S. and Israel.

Denise Bubeck serves as state coordinator for CWA of Iowa.