By Alexandria PaolozziApril 30, 2014Blog, News and Events, Support for Israel 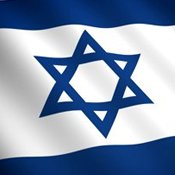 Yesterday, on the eve of Holocaust Remembrance Day, Secretary of State John Kerry  commented at the Trilateral Commission that Israel could become an “apartheid state” if diplomatic talks to reach a peaceful Israeli-Palestinian two-state solution fails.

That statement left many of us slack-jawed.  Sec. Kerry’s comments are wildly irresponsible. He is a man of significance in this administration, and his remarks, made against one of America’s trusted allies, shows a serious lack of accountability.  “Apartheid state” refers to radical separation.  To use that term against the Jewish state, which has built its existence despite separation, is absolutely reprehensible.

Currently, Israel’s hand has been forced, and peace negotiations have ground to a halt, due to last week’s news from the Palestinian group, Fatah, that it will enter a union with Hamas, a Palestinian terrorist organization.

Sec. Kerry ultimately retracted his statement — kind of — but once the words left his mouth, they were like the wind, which can never be recaptured.  Sec. Kerry is a figure who is looked upon as a representative of the United States; he does not get a “do-over.” Now, more than ever, America needs to avoid tripping over its tongue and be loud and firm in her support for Israel.

For background information on the Fatah/Hamas union, click here.