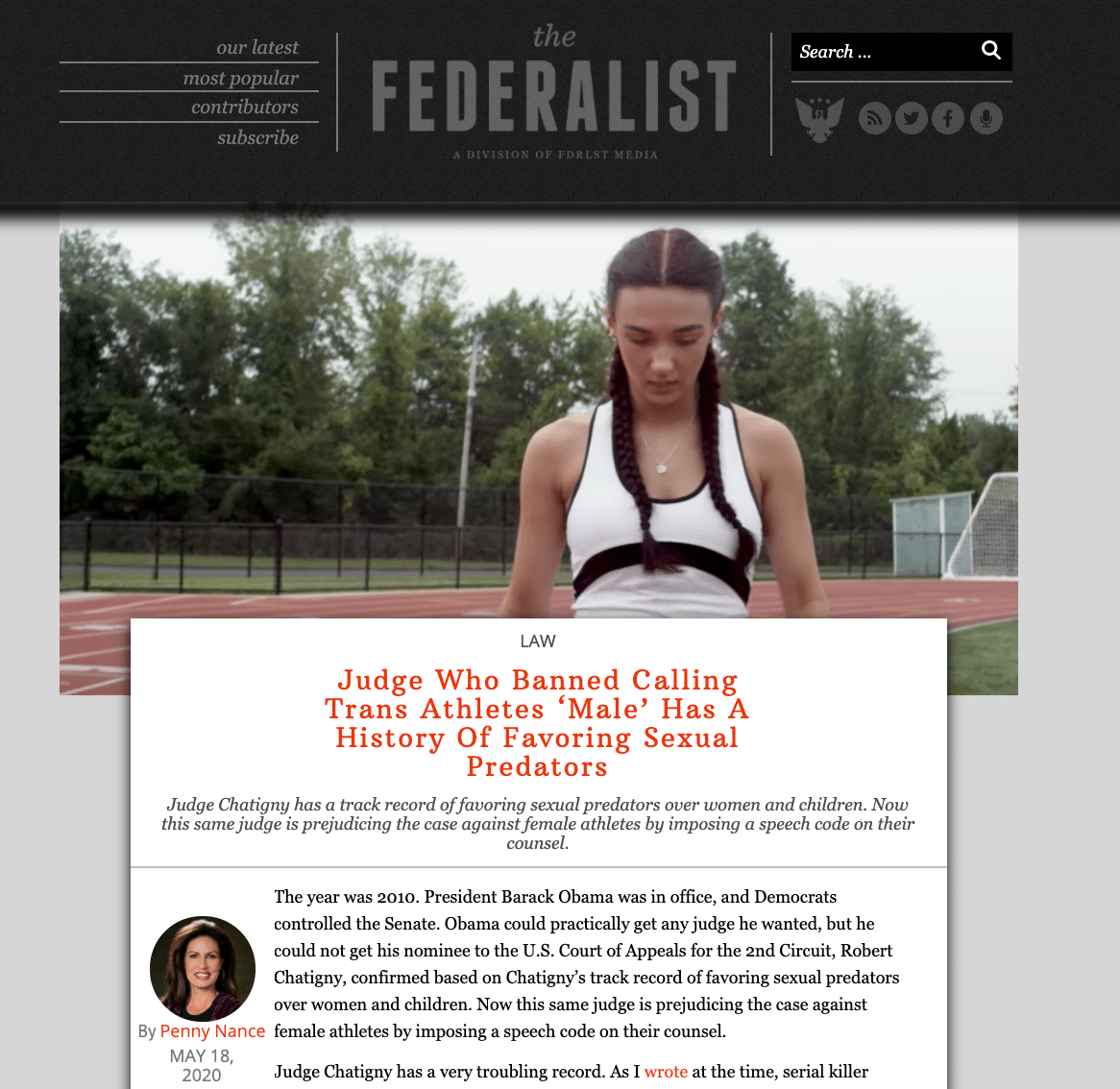 “The year was 2010. President Barack Obama was in office, and Democrats controlled the Senate. Obama could practically get any judge he wanted, but he could not get his nominee to the U.S. Court of Appeals for the 2nd Circuit, Robert Chatigny, confirmed based on Chatigny’s track record of favoring sexual predators over women and children. Now this same judge is prejudicing the case against female athletes by imposing a speech code on their counsel.

Judge Chatigny has a very troubling record. As I wrote at the time, serial killer Michael Ross explained in a documentary how he bound 14-year-old Leslie Shelley, stuffed her in his car trunk, and “took the other [14-year-old] girl, April Brunais, out, and I raped her and killed her, and I put her in the front seat.” Ross said he had killed eight women and girls, ranging in age from 14 to 25, and if he hadn’t been arrested, he would still be killing.

Yet Chatigny said Ross “never should have been convicted.” Chatigny suggested that “sexual sadism is clearly a mitigating factor.” So, according to this judge, sexual sadists deserve less time in prison because they are sick.”