Is this the Ninth Year of Obama? Congress Must Confirm Trump Nominees 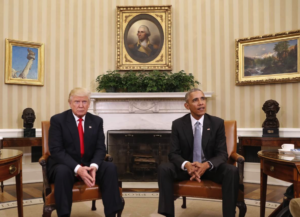 Almost a year has passed since the Trump Administration entered the White House, yet the U.S. Department of State and U.S. Agency for International Development are still in “the ninth year of Obama,” as a senior State Department official describes it.  The reason for this description? Both organizations continue Obama-era programs and policies with a staff the majority of whom support spending billions of taxpayer dollars to promote “reproductive rights” (read abortion) and LGBT ideology in foreign countries.  As Trump nominees await Senate confirmation to vacant positions in the State Department, Obama-era staff run amuck with little accountability and full rein to ignore, block, and generally derail the new administration’s agenda. Unfortunately for the Christian conservatives who helped get Trump elected, a source in the State Department, who spoke to us under condition of anonymity, estimates less than 2% of State Department staff actually represent those values.

Recently, Fox News reported 96 vacant positions in the State Department alone. Of those vacancies, 73 have no nominee and 21 are Trump nominations still awaiting Senate confirmation.  Approximately 14 of those are ambassadorships. On the State Department’s webpage listing the “Assistant Secretaries and Other Senior Officials,” 45 positions are currently listed vacant as of this writing.

It is true that President Trump plans to reduce the number of staff within the State Department, but the Democrat’s intentional obstruction of President Trump’s nominees is hurting the country. In the first six months of Obama’s presidency, a total of 206 judicial and executive branch nominees were confirmed; by comparison, President Trump had only 55 judicial and executive confirmations in his first six months. Obama’s nominees were confirmed at an average of 50 days; Trump nominees are taking an average of 69 days.  Those numbers indicate that the problem area is executive nominations because, as Mario Diaz, Esq., Concerned Women for America’s Legal Counsel has written, Trump has fared well when it comes to judicial nominations this year.

Still, at this rate, according to Senate Majority Leader Mitch McConnell, it would take 11 years to confirm all of President Trump’s nominees. That’s because of the deliberate obstruction of executive nominations. Take Callista Gingrich, for example, she was nominated in May 25, 2017, as U.S. Ambassador to the Holy See and finally confirmed in October 16. That’s 144 days.

In large part, liberal senators are blocking Trump nominees by abusing the typical Senate procedure for confirmation. They continuously object to Trump nominations, whatever their record, triggering a default post-cloture debate rule that requires 30 hours of debate on the Senate floor before confirmation of each nominee. The rule, first adopted during Woodrow Wilson’s presidency, was actually established to force an end to Senate stalling tactics and limit the consideration of an issue to 30 additional hours of debate.  Now it is being used precisely for stalling the president’s agenda.

Concerned Women for America (CWA) calls on Congress to speed up the confirmation process and quickly appoint those who will support the issues and ideology for which Trump was elected by the American people. We urge our members to call on their senators to push Senate Minority Leader Chuck Schumer to stop the gridlock and confirm Trump’s nominees. Additionally, we call on Senate Majority Leader Mitch McConnell to change Senate procedure, reduce the debate time on nominations from 30 hours to eight or fewer hours, and allow the Senate to confirm more than one or two nominees a week. For the millions of Americans who elected President Donald Trump and his platform to make America great again, “the ninth year of Obama” is unacceptable—and time is moving on.