In Marriage Cases, the Constitution Should Rule 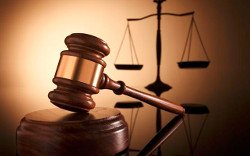 During a recent Heritage Foundation panel discussion, Ryan Anderson, Ph.D., and Gene Schaerr, J.D., shared their arguments regarding the Supreme Court of the United States (SCOTUS) lacking the Constitutional authority to redefine marriage and force same-sex “marriage” on the entire nation. With the March for Marriage set for April 25, and oral arguments on the consolidated cases scheduled to be heard at the SCOTUS on April 28, citizens around the country would be wise to tune in to this discussion. Depending on the outcome, this ruling could be as significant and detrimental as Roe v. Wade was on the issue of abortion.

The question at hand is: “Does the Fourteenth Amendment in the Constitution of the United States require all fifty states to license a marriage between two people of the same sex?” The answer is unequivocally “no.” The Constitution does not specify whether marriage should be exclusively between one man and one woman or between same-sex partners. Therefore, legally, this decision should be left to the voters in each state to decide.

This much was clear at the end of the discussion today. It is truly irrefutable. Whatever our personal feelings on the legitimacy of same-sex “marriage,” the Constitution is silent on it, and it certainly does not grant unelected judges the authority to define that for us and impose its own version of marriage on the entire country.

If the Supreme Court Justices have any reverence at all for the Constitution, federalism, and liberty, they should allow states to be the laboratories of democracy they were meant to be and resolve marriage laws based on their specific social climate. Again, regardless on where you stand on the issue of marriage, we should all be able to recognize that the Constitution of the United States does not require any state to recognize same sex “marriage” as a legitimate definition of marriage, and the Justices of the Supreme Court should not pretend that it does.