How To: Make Your Wedding more “Feminist-Friendly”

In an article titled, “5 Tips to Make Your Wedding More Feminist Friendly,” the author informs couples that wedding traditions are sexist and gives tips on how to avoid upsetting any feminist guests as they plan for the big day. However, with all the egg shells the author has the father, pastor, and groom walking on, tip number six should have been to write on the invitation: “Bring thick-soled shoes.” 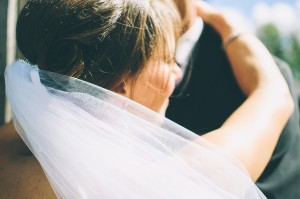 Today, women are changing the world and accomplishing amazing feats. Females in America have the opportunity to grow and flourish like never before in the business world, the home and often, both. Yet, ironically, posts like this paint us as extremely sensitive, touchy, and victimized … which, I presume, was not the intention. It appears some women are waking up every morning asking, “How will my patriarchal, sexist society oppress me today?”

Doesn’t that get exhausting? Reading through the author’s tips was draining enough. But, in light of wedding planning, this might be a perfect time to comment on a few of the author’s suggestions:

The father giving the bride away.

The writer begins by arguing that when a father “gives his daughter away” it implies that she is property. That to do so is to regress back to the archaic practice of the dowry — a business transaction which rendered a woman powerless.

There are exceptions, but in the majority of American weddings today, the bride chooses to marry the groom. Take off the subjugation goggles for a second and one would see the phrase “giving something away” implies that something is a gift. A woman’s father has watched her grow up — he of all people knows her incredible intricacies and precious value. This tradition has persisted because it is a public symbol of a deep love that two men share for one woman. A father wants to ensure that someone will care for his daughter to at least the same degree which he has for so many years. Not only that, the custom demonstrates that the couple respects the parents’ blessing. Just ask any woman who doesn’t have the option to have her father walk her down the aisle. The tradition isn’t patriarchy; it’s a privilege.

Author: “Traditional marriage vows subject women to male dominance as they promise to obey their husbands … the bride is vowing to be obedient and, therefore, subservient to her husband, while her husband does not reciprocate this promise. … If you want the bride to be respected in your wedding, you should avoid any use of the word ‘obey’ in your vows.”

Throughout history, successful teams have named a captain to whom its members defer. Why? Because anarchy sounds liberating until decisions need to be made. Someone has to be charged with making the final decision or disagreements will go unresolved.

“Obey” has become such a negatively-connoted word. We’ve somehow forgotten that serving someone sacrificially is not a sign of weakness but of inner strength. The ability to acquiesce to a leader is neither demeaning nor degrading — it is an admirable character trait of wise individuals who realize there are times when compromise is necessary, unless the leader’s decision opposes God’s Word. If a husband cherishes his wife and God, he’ll sacrificially choose what’s best for the team.

When God calls men to be the head of their household, it signifies neither male superiority nor female inferiority — but equality with separate roles. God created men and women with different inherent traits in order to complement one another. The Holman Christian Standard Women’s Bible puts it well:

“The influence of feminism on Christian thought has been tragic in leading women to think that in order to be ‘equal’ with men they must have the same functions. What they do not understand is that different functions originate within the Godhead itself.”

God the Father and His Son are equally part of the Trinity. Yet, while on earth, Jesus “did not consider equality with God something to be used for His own advantage” (Philippians 2:6). The Savior of the world didn’t lose Who He was when He willingly chose to humble Himself. Ultimately, that decision proved to be the most monumental display of love in history.

“You may now kiss the bride.”

Reading this, I was reminded of the movie Hitch — where Will Smith is giving the “90-10 rule” to a male client.  (You know, the man goes in 90 percent for the kiss and then the woman closes the gap). During the wedding ceremony, attendees don’t have a ruler out deciding who had the upper hand in the kiss. The phrase is not a power play; I guarantee the last thing a groom wants is a forced kiss. That phrase has lasted not as an act of supremacy meant to belittle the bride, but as a sign that he chooses one woman and no one else.

The above grievances might seem laughable; but, the hidden gravity behind these suggestions is that there is likely deep hurt which has led some women to see the world this way. Whether it was during childhood or as an adult, no one deserves to have their view of true womanhood or the meaning of marriage jaded. Single or married, Christ loves women with a perfect affection — one that has the power to redeem and heal wounds caused by imperfect humans. Even so, we women need to be careful not to place false victimization on ourselves.

The true victims feminists should be talking about are the women in America who are being forced into marriage; but we hear very little on that issue, and it’s a concern which deserves further writing. American women are not being oppressed by marriage ceremonies — but if they’re not careful, they’ll manage to suck all the enjoyment out of one of the most beautiful representations of our God’s love. Honestly, the best marriage “how to” is in Scripture, not feminist angst blogs.