House Condemns BDS, but Will Not Act on Bipartisan Sentiment to Advance Anti-Semitism Legislation 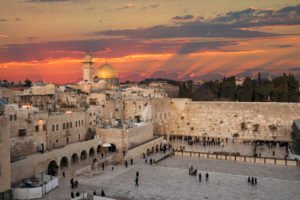 This week the House expressed opposition to the anti-Semitic BDS Movement by passing H. Res. 246, “Opposing efforts to delegitimize the State of Israel and the Global Boycott, Divestment, and Sanctions Movement targeting Israel.” The vote on the resolution was 398-17 with 5 voting present.

This is a good first step, but further action is needed in the House for there to be any meaningful impact. The next step is to pass H.R. 336, which contains the Combatting BDS Act of 2019 and passed out of the Senate as S. 1 by a vote of 77-23 reflecting significant bipartisan support.

A resolution, H. Res or S. Res, expresses a sense or sentiment of Congress. It is a way for Congress to take a position without passing actual law. There is no action resulting from a resolution. A bill, titled H.R. or S., is legislation that if passed, becomes law—it has teeth where a resolution does not.

It is helpful that the House is on record against the BDS movement, but we need the House to do more than say BDS is bad; they need to take a stand and do something about it.

And that something is passing H.R. 336, a bill that mirrors the Senate-passed S.1, which was the top priority of the Senate in the 116th Congress. This legislation affirms states have the ability to choose not to do business with entities that participate in the BDS Movement. It provides legitimacy for states to enact anti-BDS legislation and ensure tax dollars aren’t going to entities participating in a movement that contradicts the foreign policy interests of the United States. States make their own laws regarding BDS; this just equips them to do so.

Despite the statement of opposition to BDS, Speaker Pelosi has been unwilling to bring H.R. 336 to the House floor. Republicans are using a procedural tactic called a discharge petition to try and force a vote. The petition needs a majority of the House, 218 votes, to bring H.R. 336 to the floor for a vote. It is puzzling that with 348 members opposing BDS with H. Res. 246, only 196 have signed the petition to take action and combat BDS by passing H.R. 336.

We are calling on Congress to take the next step and translate the high level of bipartisan cooperation standing against the BDS Movement into action by supporting and passing H.R. 336.  Please urge your member to sign the discharge petition opposing anti-Semitism.  Thank them if they already have.  To see the list of members who have signed, click here.