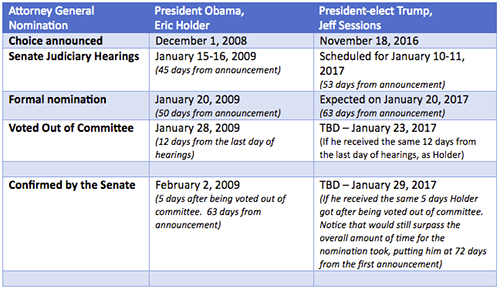 Given this comparison, we can safely conclude that the left’s call for more time is wholly inadequate for what they found reasonable under President Obama.  We can also say that Republican leadership is not trying to rush things in any way, but is instead abiding by the same standard of deference they extended President Obama on his nominee.