Christmas at the Capitol Event – a Great Success! 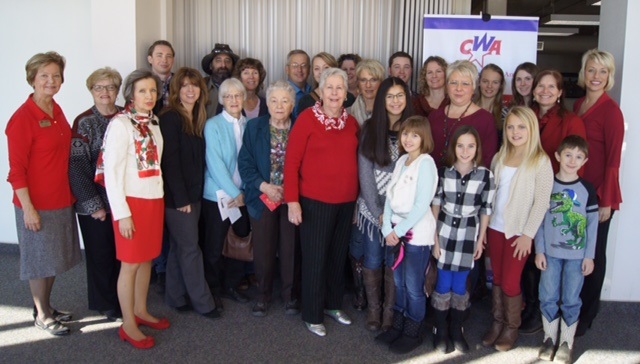 Roughly 30 Concerned Women for America members (including two people who flew in!) gathered in Pierre on December 3, 2016, for our “Christmas at the Capitol” event.  It was a beautiful sunny day and the Capitol was spectacularly decorated for the Christmas season!  Following lunch in the Capitol Visitor’s Center, CWA of South Dakota State Director Linda Schauer introduced several of our state leaders and explained the importance and ease of responding to our e-mail alerts for contacting lawmakers.  Information was presented about our “Encourage-A-Legislator Campaign” and attendees were urged to sign up to become an “Encourager” who will pray for a legislator and send him or her a CWA-provided postcard during the South Dakota Legislative Session beginning in January.

Cindy Flakoll, CWA of South Dakota Legislative Liaison, led a “Legislative Prayer Walk” around the Capitol.  Cindy presented the process of “How a Bill Becomes Law,” beginning at the Legislative Research Council where bills are drafted, then to the committee rooms where bills are heard, to the Senate and House chambers where bills are debated and voted upon, then finally to the Governor’s desk where bills are signed into law.  Prayer was offered at each location along the way, ending with prayer before the offices of the judicial and executive branches of government.