Happily never after: Democrats push a modern-day war on women 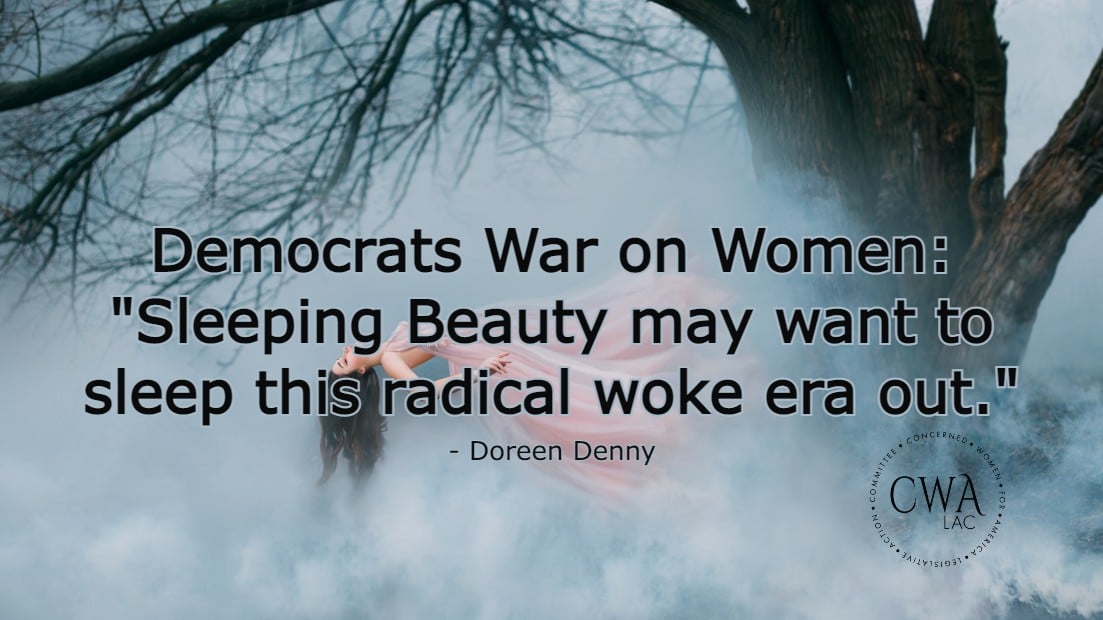 If Sleeping Beauty awakened today, she may be shocked to learn that being a woman no longer means being female. Gender perception trumps biological reality. In fact, biology is downright bigotry in the progressive-era redefinition of the age-old understanding of sex as the immutable genetic code of being male or female. Prince Charming could have ovaries.

What Sleeping Beauty would find is a culture in chaos. The tempest of this 21st-century moment? A Democratic majority beholden to left-wing activists and propped up by media that temper any balanced reporting of the facts, evidence, or novel narratives that challenge tradition. Social media platforms and their attendant mobs ban truth-telling in the name of “fake news” and censor dissent.

No wonder that the Equal Rights Amendment and the so-called Equality Act are being advanced without any examination of the war on women they portend. Any scrutiny could expose their kiss of deception.

House Democrats passed a partisan resolution to “extend the deadline” of the Equal Rights Amendment by a vote of 222-204. Never mind that a federal district court recently declared that the ERA ratification effort expired with no option to resuscitate. The deadline passed long ago, said the U.S. District Court for the District of Columbia in an opinion from the Obama-appointed judge in Virginia v. Ferriero.

But advocates will not be deterred. They continue to claim that the ERA can be air-dropped into the U.S. Constitution by virtue of three states “ratifying” in recent years — decades after the expiration date. Resurrection seems reasonable in the run-up to Easter, after all.
Read Doreen’s entire op-ed here.