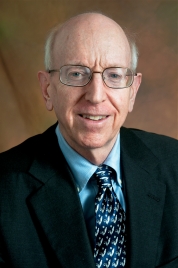 As Senate Democrats continue their childish pouting over the inevitable confirmation of Judge Neil Gorsuch to the U.S. Supreme Court, a new decision by the Seventh Circuit reminds us why the nomination of Judge Gorsuch is crucial to guarding our liberties for years to come.

Before I tell you more about that decision, I will remind you that today is the day the Senate will go “nuclear.” The vote on the cloture motion will be happening around 11:00 a.m. (EST).  And this is where we expect Senate Majority Leader Mitch McConnell (R-Kentucky) will be forced to deploy the “nuclear” or “constitutional” option that will end the debate with 51 votes, so that we may finally have a vote for confirmation (on Friday after the required 30 hours of debate have passed).

But back to the Seventh Circuit decision that reminds us what’s at stake.  I will spare you the details of the case for now (I will write about them in an upcoming post), as they might cloud the most important point.

The point being that the court re-writes a law (the 1964 Civil Rights Act), and it boldly and passionately admits it is doing so — at least one judge, writing a concurring opinion.

Judge Richard Posner’s hubris in some ways should be applauded, for he finally states for all of us to see, what so many other liberal judges deny doing, while they do it.  Here is what he wrote (emphasis mine):

I would prefer to see us acknowledge openly that today we, who are judges rather than members of Congress, are imposing on a half-century-old statute a meaning of “sex discrimination” that the Congress that enacted it would not have accepted. This is something courts do fairly frequently to avoid statutory obsolescence and concomitantly to avoid placing the entire burden of updating old statutes on the legislative branch. We should not leave the impression that we are merely the obedient servants of the 88th Congress (1963-1965), carrying out their wishes. We are not. We are taking advantage of what the last half century has taught.

Reader, I don’t care if you are a Republican or a Democrat, a conservative or a liberal, we must stand together and reject this dangerous judicial philosophy.  It is judicial tyranny.

What is the recourse for “We the People” with the law in the hands of such a judicial despot?  To pass new laws, when the judge can make it mean whatever he or she wants?

This is why we need Judge Neil Gorsuch on the Supreme Court.  What a contrast!  Gorsuch says he will abide by the laws enacted by the people, even when they conflict with his personal policy preferences.  Therefore, when we elect people to Congress to enact a law and a law is passed, we can be confident in that law.  And if we don’t like what they are doing, we can elect new people to pass the kind of laws we want.  That way, the power remains with “We the People,” and not with unelected judicial supremacists.

So, support judges like Gorsuch and reject the “Posners” and their “living, breathing Constitution” that they can manipulate at will.

Freedom and liberty depend on it.